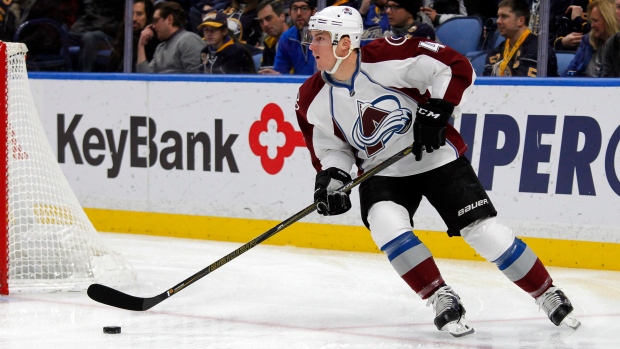 Retaining Tyson Barrie beyond this season will apparently be an expensive task for the Toronto Maple Leafs and general manager Kyle Dubas.

According to Steve Simmons of the Toronto Sun, Barrie is believed to be looking for an eight-year deal worth roughly $8 million per season on his next contract.

The 27-year-old defenceman was acquired last week from the Colorado Avalanche along with Alexander Kerfoot in a deal which saw Nazem Kadri head back the other way. Barrie scored 14 goals and posted 59 points last season while averaging 21:47 of ice time per game.

The Avalanche retained 50 per cent of Barrie's salary for the final season of his current deal, leaving the Maple Leafs to carry just a $2.75 million cap hit for his services this season.

Kerfoot signed a four-year, $14 million extension with the Maple Leafs on Thursday and Simmons believes he may end up centring a line with Andreas Johnsson and Kasperi Kapanen next season. According to Simmons, Auston Matthews would prefer not to play with Kapanen and could end up skating on a line with William Nylander and Russian rookie Ilya Mikheyev.