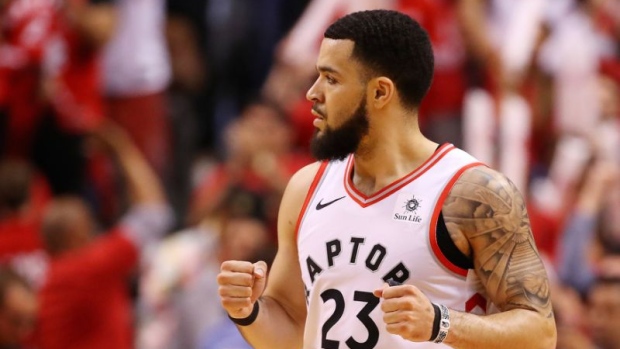 Toronto Raptors guard Fred VanVleet, who suffered a right knee contusion in Sunday's loss to the Philadelphia 76ers, will not play Monday night against the Chicago Bulls according to TSN's Josh Lewenberg.

VanVleet is out tonight. Probably the right call in early-December and with a big game vs Kawhi and the Clips coming up on Wednesday. May have been a tough sell though. Fred loves playing in Chicago, close to his hometown of Rockford. He's had some great games there.

According to Blake Murphy of The Athletic, VanVleet had an MRI on his knee that came back clean, so Monday's absence is more precautionary than anything else.

VanVleet was injured in the first half of Sunday's game and did not return. He played just 12 minutes, scoring just two points before leaving the game.

The Raptors will look to end a three-game losing streak when they take on the Bulls tonight.