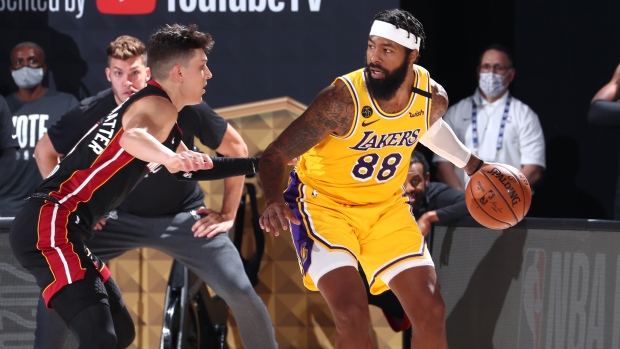 The Toronto Raptors have shown a strong interest in forward Markieff Morris, according to the New York Times' Marc Stein.

Toronto is still trying to keep Marc Gasol but has strong interest in Markieff Morris as well, league sources say

The Lakers, reported Friday by @NYTSports as a prime suitor for Gasol in response to Dwight Howard's exit, continue to push to lure the Spaniard away from Toronto

"Toronto is still trying to keep Marc Gasol but has strong interest in Markeiff Morris as well," Stein reported.

The 31-year-old has played nine seasons in the NBA, averaging 11.4 points and 5.3 rebounds per game.