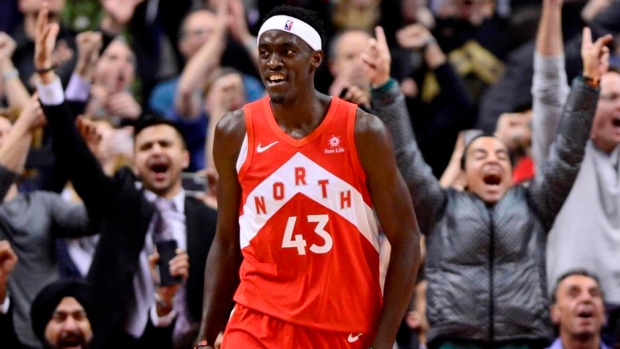 The Toronto Raptors and budding star Pascal Siakam have reached an agreement on a four-year, $130 million maximum contract extension, according to ESPN's Adrian Wojnarowski.

Siakam, who was scheduled to be a restricted free agent at the end of the 2019-20 season, was also eligible to receive a five-year maximum extension worth $170 million. The Raptors had until Monday to come to terms on an extension with Siakam, per the NBA’s rules on rookie-scale contract extensions.

TSN Raptors Reporter Josh Lewenberg tweeted the following in regards to the news of the team extending Siakam:

Raptors could have maximized their 2020 cap room by waiting to sign Siakam as a RFA in the summer. They they opted to extend him now speaks to their confidence in and commitment to him. They see him as the future face of the franchise.

The 25-year-old forward is coming off a breakout season for the Raptors, who won their first-ever NBA championship last season. Siakam, who became a starter for the first time in his career a season ago, averaged 16.9 points per game and 6.9 rebounds en route to being named the NBA's Most Improved Player.

This season will mark Siakam's fourth in the NBA, and he's expected to be the Raptors' go-to player with Kawhi Leonard having signed with the Los Angeles Clippers in the off-season. Siakam has spent his entire career with the Raptors after being drafted by the team in the first round (27th overall) of the 2016 NBA Draft. He has averaged 10.1 ppg and 5.1 rebounds over his career.

The Raptors kick off their 2019-20 campaign against the New Orleans Pelicans on Tuesday at Scotiabank Arena in Toronto.