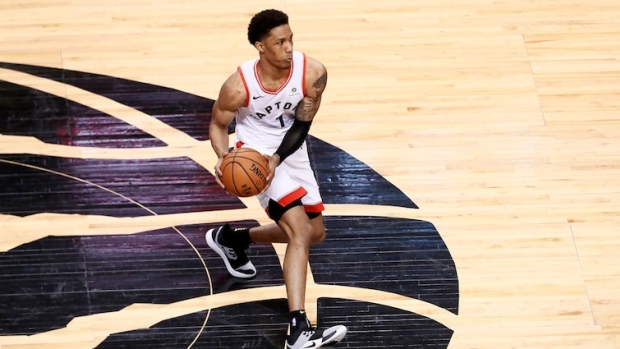 McCaw, 25, joined the Raptors after signing with the team in January of 2019. That season the Raptors won their first NBA championship in franchise history.

Thank you for everything, Champ.

Wish you nothing but the best, Pat! pic.twitter.com/FLXAJm9ONI

McCaw has spent most of his tenure with the Raptors battling injuries. He played in just 37 games during the truncated 2019-20 campaign and has appeared in just five games this season with averages of 1.0 points and 0.6 rebounds.

Drafted in the second round (38th overall) of the 2016 draft, McCaw has also played for the Golden State Warriors and Cleveland Cavaliers over his five seasons in the NBA.