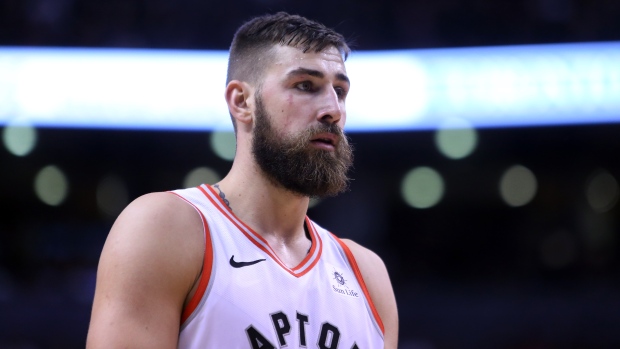 The Toronto Raptors will not be giving championship rings to Jonas Valanciunas, Delon Wright and CJ Miles, the three players that were sent to the Memphis Grizzlies in exchange for Marc Gasol, according to a report by Mike Ganter of the Toronto Sun.

Raptors general manager Bobby Webster confirmed to Ganter after Saturday’s loss to the Dallas Mavericks that they would not be providing hardware to the three former players.

“It’s not an easy decision,” Webster told the Toronto Sun, “but, to be honest, I think it’s standard. I mean we did our homework, we talked to teams and I think, I don’t remember, there was maybe one scenario where a team offered one. I think it was Anderson Varejao in Golden State but I think it was a really unique circumstance.”

The three players were sent to the Grizzlies, along with a second-round pick in 2024, in exchange for Gasol on Feb. 7.

The report indicates that both management and the players were involved in the decision regarding who would receive a championship ring.

Webster also indicated that there were no plans to let any of the players that would not be getting rings know in advance.

Valanciunas appeared in 470 games with the Raptors over seven seasons and averaged 11.8 points and 8.4 rebounds per game. He was selected in the first round, fifth overall of the 2011 NBA Draft by the Raptors.

Wright was a member of the Raptors for four seasons and appeared in 172 games, averaging 6.7 points and 2.3 assists per game. The Raptors selected him with the 20th overall pick of the 2015 NBA Draft.