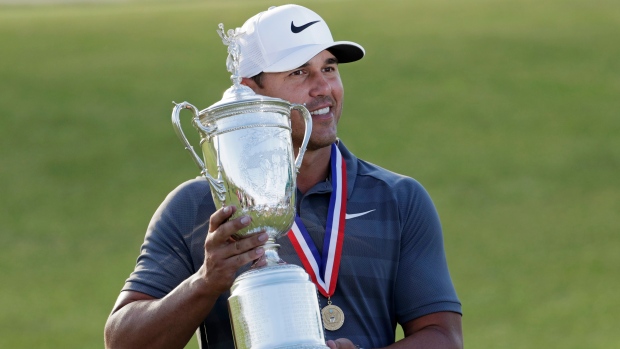 The U.S. Open is the latest major championship in search of a new date, according to a story in the New York Post.

The publication cited sources that said Winged Foot Golf Club in Mamaroneck, N.Y., the host site of the 2020 edition of the national championship, has been informed the tournament will not be played on its scheduled dates of June 18-21.

The United States Golf Association, which runs the tournament, has made no official statement on the event, but did admit that there is ongoing discussion about how to proceed.

Preparation for the tournament is hampered with a stop to all non-essential business in New York, the state with the most coronavirus cases in the U.S. That prevented work on things such as grandstand and corporate tent construction. In addition, Winged Foot is closed under the same government order.

The U.S. Open joins the Masters and the PGA Championship in being postponed due to the COVID-19 pandemic. The PGA Tour has also cancelled its events up to the middle of May.

The RBC Canadian Open is scheduled for the week before the U.S. Open and, as with its American counterpart, preparation is down to a trickle due to the provincial ban on all non-essential business. The tournament is slated to take place at St. George’s G&CC in Toronto.

The LPGA also announced it was moving one of its majors, the Evian Championship, back two weeks. It is now scheduled for Aug. 6-9, a date originally occupied by the Olympic Games, which have been postponed.

That sets up a busy stretch of tournaments for the women’s circuit, with three majors in six weeks. The other two are the AIG Women’s British Open on Aug. 20-23, and the ANA Inspiration set for Sept. 10-13.

The latter tournament was rescheduled from its original spot on the calendar of Apr. 2-5. It’s also a week before the CP Women’s Open which will go Sept. 3-6 at Vancouver’s Shaughnessy G&CC.