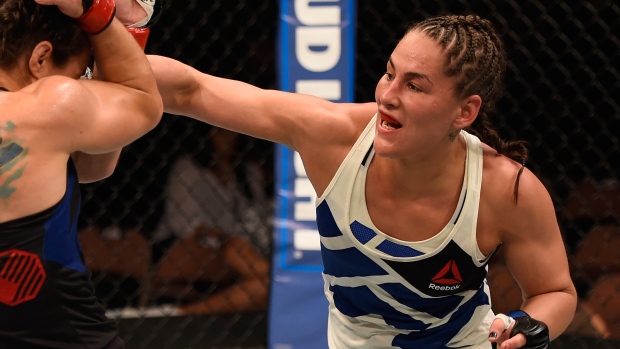 UFC women's flyweights Jessica Eye and Cynthia Calvillo have agreed to square off as the headlining matchup at UFC Fight Night on June 13 according to ESPN's Brett Okamato.

A location for the event has not yet been determined, ESPN reports.

Eye last fought in December and took down Viviane Araujo by decision at UFC 245. Calvillo last fought to a majority draw with Marina Rodriguez, also in December.

UFC's next scheduled event on May 30 is supposed to take place at the company's Apex location in Las Vegas but will require approval from the Nevada State Athletic Commission that is scheduled to vote on Wednesday about re-opening the state to combat sports.

The UFC's first three events following a break due to the COVID-19 pandemic were held at VyStar Veterans Memorial Arena in Jacksonville.