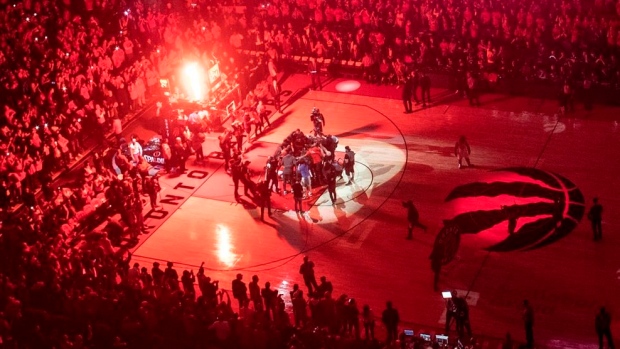 Starting Jan. 15, unvaccinated NBA players won't be allowed to play in Toronto in games against the Raptors as the Canadian government will require all individuals entering Canada to be fully vaccinated against COVID-19, according to Shams Charania of The Athletic.

If a player can’t show proof of full vaccination and misses a game in Toronto, he would be subject to reduction of compensation and may be subject to fine, suspension or other action, NBA informs teams today. https://t.co/0W8rIjSTGV

Charania adds that if a player can't prove he's fully vaccinated, the player would be subject to reduction of compensation as well as the possibility of a fine or suspension.

The Raptors are fully vaccinated, but TSN's Josh Lewenberg says recent reports indicate 3 per cent of the NBA remains unvaccinated.

Raptors are a fully vaccinated team so they’ll be unaffected by these changes, but according to recent reports 3% of the NBA’s players remain unvaccinated.

Imagine the implications on a playoff series, assuming Raps make it in & a key player on the opposing team is unvaccinated https://t.co/4eOJpLA0zA