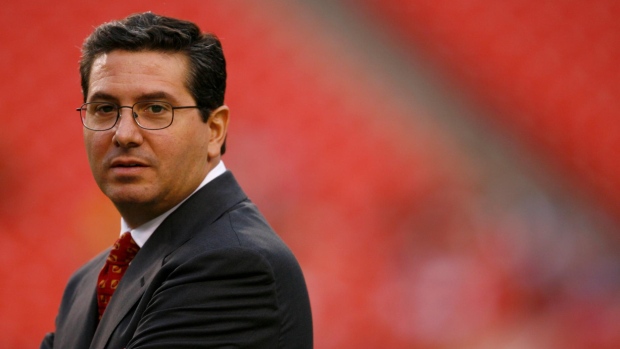 According to the Washington Post, the three minority owners of the Washington Redskins - who own roughly 40 per cent of the team - are looking to sell their shares.

The Post reports that Robert Rothman, Dwight Schar and Frederick W. Smith are looking to sell because they are "not happy being a partner" with owner Daniel Snyder.

The report comes just days after Snyder announced the team would conduct a “thorough review” of their nickname after calls from sponsors, including the title sponsor of the team's stadium, FedEx, to change it. NFL commissioner Roger Goodell said the league was "supportive of this important step."

ESPN's John Keim reports that a person familiar with the situation said that Snyder was surprised by the decision of the minority owners to look to sell. The Washington Post adds that the three have hired an investment firm to help seek out potential buyers.