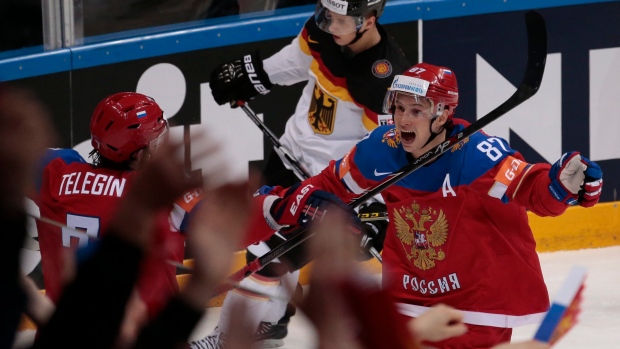 According to reporter Aivis Kalnins, Shipachov has accepted a pay raise to stay with his KHL club in Russia.

The 29-year-old forward led all players at the tournament with 18 points (six goals) in 10 tournament games as his nation captured the bronze medal.

Shipachov was reportedly drawing interest from multiple NHL clubs throughout the tournament, including the Montreal Canadiens.