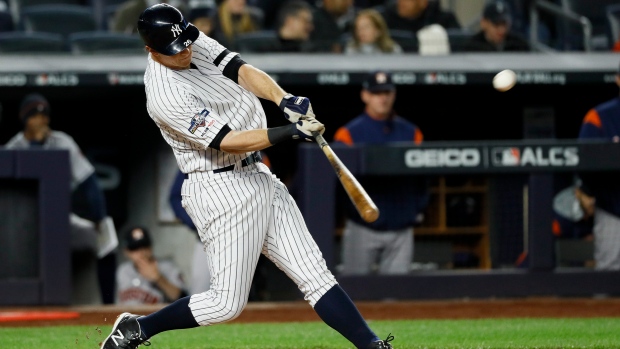 According to ESPN's Jeff Passan, the veteran infielder is finalizing a six-year, $90 million deal to return to the New York Yankees.

LeMahieu’s return to New York always felt inevitable. It took a while. But he wanted to be there and Yankees get top free agent target.

LeMahieu, 32, has established himself as one of the best pure hitters in baseball over the last couple of seasons since signing with the Yankees in 2019.

LeMahieu won his second career batting title with an average of .364, becoming the first player to win the batting title in both leagues since “Big Ed” Delahanty in 1902. LeMahieu previously won a batting title (.348) while a member of the Colorado Rockies in 2016 and finished the 2020 season with 10 home runs and a career-best OPS of 1.011.

LeMahieu has also won three Gold Gloves, all coming as a member of the Rockies.

The Yankees beat out a number of teams to retain LeMahieu's services, including the Toronto Blue Jays.

Blue Jays offered $78M for 4 years for LeMahieu, showing they meant business. Yankees had been in that ballpark for 4 as well, but the sides agreed on a longer agreement instead. Helps Yanks AAV, and thus their tax.

MLB Network's Jon Heyman reports that LeMahieu turned down a four-year, $78 million offer from the Jays to stay in the Bronx.

The only major-league contract signed by the Jays this offseason, thus far, remains the one-year, $8 million deal to re-sign Robbie Ray.