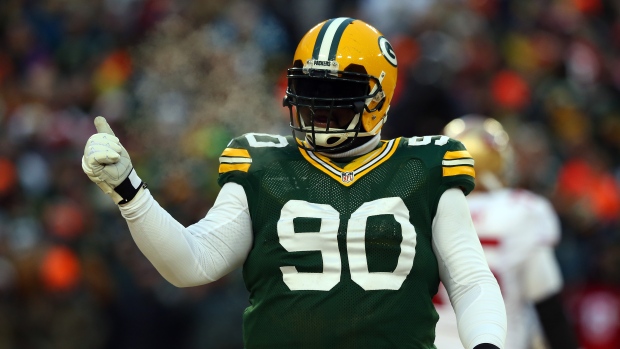 With his legal troubles settled, Letroy Guion has signed a new contract, opting to return to the Green Bay Packers on a one-year deal, according to a report from ESPN.

Guion reached a plea agreement on his felony marijuana and firearm possession charges from February, less than a week ago. The 27-year-old defensive tackle could still face discipline from the NFL however.

According to a report from NFL Network, the Packers weren't done working on their defensive line, signing veteran B.J. Raji also to a one-year deal just hours later.

Raji missed the entire 2014 season with a torn bicep muscle and Guion, signed in the previous offseason, replaced him as the starting nose tackle.

Raji was drafted ninth-overall in the 2009 NFL Draft by the Packers.

Guion had 62 tackles and 3.5 sacks in his first season with the Packers, while starting all 18 games, including playoffs.

The six-year veteran spent the first five years of his career with the Minnesota Vikings.