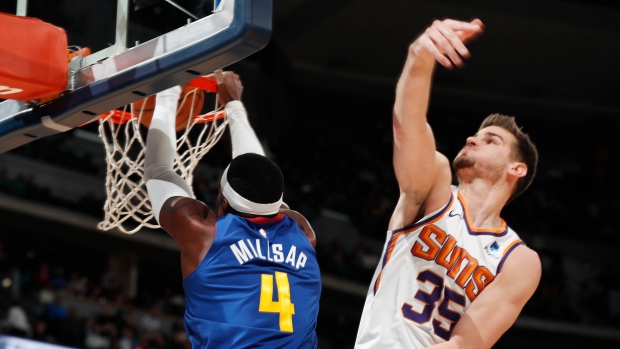 The Denver Nuggets and veteran forward Paul Millsap are staying together.

The two sides agreed on a one-year, $10 million-plus deal on Saturday, according to Shams Charania of The Athletic.

After receiving interest from over half of the league, Millsap returned to continue his Nuggets career --- which began on a free-agent deal in 2017. https://t.co/eOQXEgspMZ

Millsap has been a consistently good frontcourt player for the better part of a decade since being drafted by the Utah Jazz in 2006.

He spent seven seasons in Utah before a four-year stint with the Atlanta Hawks where he made the All-Star Team all four seasons. In July of 2017, Millsap signed as a free agent with the Nuggets.

The 35-year-old Millsap averaged 11.6 points per game last season in 51 games while helping the Nuggets advance to the Western Conference Finals.

A native of Monroe, La., Millsap was selected with the 17th pick of the second round.