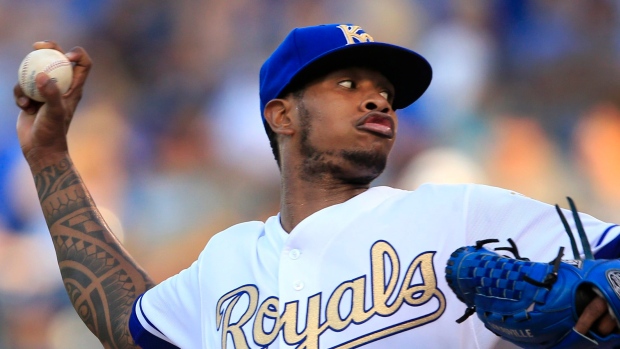 According to multiple reports, Kansas City Royals pitcher Yordano Ventura was killed in a car accident in the Dominican Republic on Sunday. He was 25.

We are devastated by the tragic news that Yordano Ventura, 25, has died in an automobile accident. https://t.co/RXibkDJMHZ pic.twitter.com/S7RszxJF8d

Statement of #MLBPA Executive Director #TonyClark on the passing of Andy Marte and Yordano Ventura... pic.twitter.com/Dy70448Pva

RIP Yordano Ventura. Awful news. Ruined the day. Way too young. Prayers to the families and everyone involved!

Deeply saddened and shocked by Yordano Ventura's & Andy Marte's passings. Sending out my thoughts and prayers.

Tragedy has no bias, people. Please, please be safe out there. Condolences to the Ventura family. #RIP Yordano, loved watching you throw 🔥🔥

Ventura broke into the Major Leagues with the Royals in 2013.

In an unrelated incident, former major league infielder Andy Marte was reportedly killed in a separate car accident, also in the Dominican Republic.

Breaking: Former MLB IF Andy Marte was killed in a car accident early Sunday in the Dominican Republic.