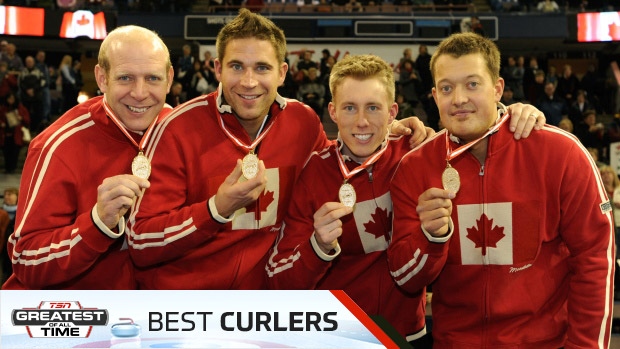 In one of the tighter races, the Martin team edged its longtime rival the Ferbey Four to earn the distinction of being named Canada’s greatest team in a vote by a TSN panel comprised of 31 curling personalities including broadcasters, reporters and elite-level curlers.

The two Edmonton squads owned the game in Alberta and beyond in the 1990s and 2000s, and contests between the two were often some of the best matches on record.

The Richardson foursome, curling’s first true dynasty, finished third in the voting. This Saskatchewan team dominated the sport in the 1960s and the popularity of the team members extended beyond curling and into Canadian culture at the time with the skip, Ernie, being invested in the Order of Canada.

Russ Howard’s Ontario foursome rounded out the top four in the voting. Its performance over a period in the early 1990s includes highlight shots that still leave fans in amazement to this day.

The "Years" column is the range of seasons from their first gold medal (in this position) at an Olympics/Worlds/Brier to their last. If they're still active, the second year will be 2019. 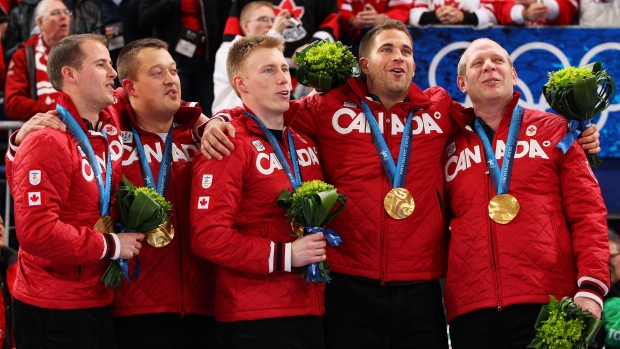 Following the 2005-06 season, after a lacklustre 4-5 record in the Canadian Olympic Curling Trials and a fourth-place finish at the Tim Hortons Brier, Kevin Martin dissolved his team of Don Walchuk, Carter Rycroft and Don Bartlett.

In their place, Martin assembled a young squad comprised of John Morris, Marc Kennedy and Ben Hebert with the intent on making it to the 2010 Olympic Games.

While they made it to the playoffs at the Brier in their first season together, it would be another year before the rink would clearly establish itself.

In 2008 and 2009, the Martin team ran off two perfect records, compiling a mark of 26-0 in winning two Canadian titles. The rink added a world championship in 2008.

At the 2009 Canadian Olympic Curling Trials, against perhaps the most talented field of curlers ever assembled, the squad lost just a single game and captured the right to represent Canada at the Vancouver Olympics in 2010.

At that event, the team rose to the occasion once again, running the table with a perfect mark and earning the gold medal.

Together, the Martin team captured 11 Grand Slam titles and perhaps fittingly, in their last event together, won the 2014 Players Championship. 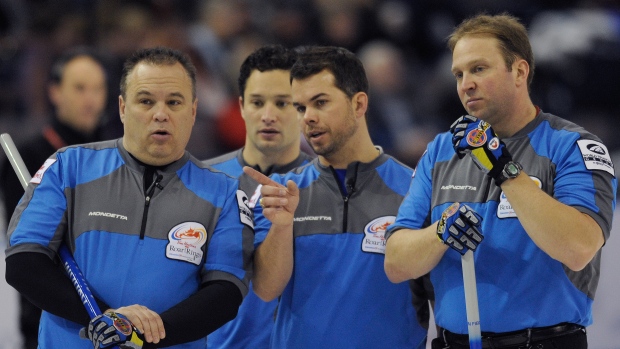 The team decided to play to its strengths and had the experienced Ferbey call the game but throw third stones, leaving last rocks to shotmaker Nedohin

Two years after its formation, the rink made it to the Brier where it knocked off Kerry Burtnyk in the final.

In a stunning display of consistency, the team won a total of four Briers and three world championships in five years. The only year it failed to capture the Canadian title, it lost in the final.

After failing to get out of Alberta after its 2005 Brier win, the Ferbey team decided to part ways in 2010, ending its incredible run.

"This is the end of a very, very special team," Ferbey told The Edmonton Journal at the time. "It was a remarkable run and I’m not sure if it will ever be done again." 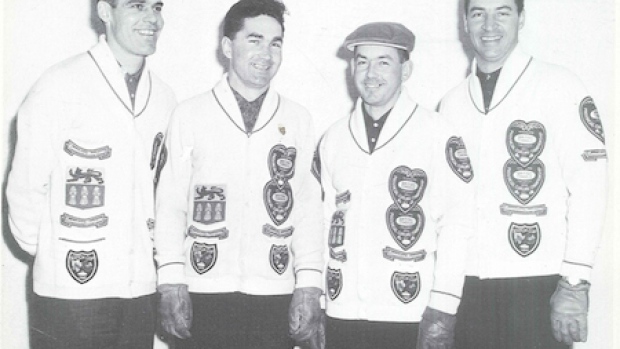 The family rink from Regina, Sask., became Canada’s first curling superstars. Made up of brothers Ernie and Sam, along with their cousins Arnold and Wes, the Richardsons dominated Canadian curling in the 1960s, a time when the game was exploding from coast to coast.

After a slow start to their curling careers, the Richardsons used a devastating mix of aggressive calls and powerful corn brooms to dominate opponents.

Just six years after taking up the game, the team won its first Brier in 1959, added a second in 1960 and tacked on two more in ’62 and ’63 (Mel Perry replaced an injured Wes Richardson for the final victory). They became the first team to win four Briers, a mark that stood for decades.

Their incredible run made them sporting celebrities and they appeared on the cover of Macleans, met prime ministers and premiers, and were paid to endorse a wide range of products.

The Richardsons almost won a fifth in 1964, finishing one game out of a playoff final in the days when the winner was decided by round robin. After failing to return to the Brier after that close call, however, the team disbanded in 1968 with their legacy firmly etched. 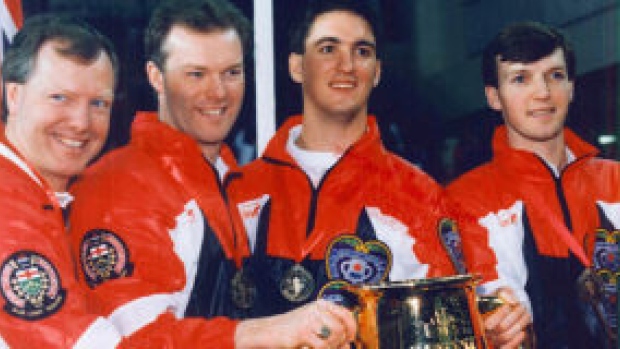 Two years after winning a Brier and world championship, Russ Howard was in a curling funk and the only way to extract himself from it was to get a new team. He and brother Glenn added two youngsters in Wayne Middaugh and Peter Corner, who had dominated junior curling in Ontario for the past few years.

The team meshed almost instantly and with plenty of skill, played an aggressive game that mixed finesse with power.

It made it to the Brier in 1991 finishing tied for fifth. But a year later, Howard and his mates returned losing the final to Manitoba’s Vic Peters. Finally, in 1993, the Howard gang won its championship, adding a world title last that season.

It made it back to the Brier final the following year but lost in the final to B.C.’s Rick Folk.

Outside of the national championship, the Howard foursome rattled off numerous wins in cash events. They also played at a time when the rules were changing with the addition of the free-guard zone.

In 1993, team Howard played the Ontario, Canadian and world championship with each level using a different set of rules. No matter, they won them all.

In a testament to just how good the makeup of the squad was, Glenn Howard, Middaugh and Corner all later skipped their own teams at the Brier with Howard and Middaugh winning the crown.

Who's your pick for the greatest Canadian male team?