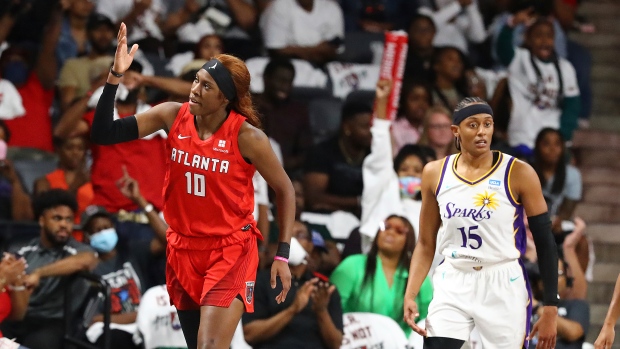 Howard made a 3-pointer in the corner with 3:07 left in the fourth quarter for a seven-point lead, but Atlanta did not score again. The No. 1 pick in the draft was called for a charge with 16.3 seconds left for Atlanta's third straight possession with a turnover.

After a timeout, Los Angeles had two chances in the closing seconds, but Chiney Ogwumike missed a contested layup in the paint and Nneka Ogwumike was off on a jumper at the buzzer.

Atlanta led 40-39 at halftime as both teams shot under 38% from the field. Jordin Canada led Los Angeles with 12 points and Howard had 10.