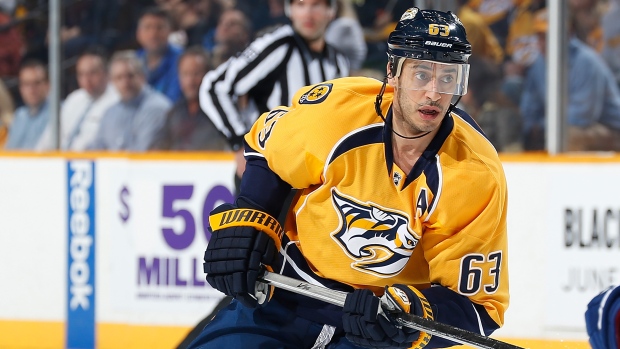 The Nashville Predators and Mike Ribeiro are headed for a split.

On Friday, the Predators placed veteran centre on waivers and Ribeiro has requested a trade from the team, per TSN Hockey Insider Pierre LeBrun. It is unclear when Ribeiro made his trade request.

The 36-year-old has four goals and 21 assists over 46 games this season in Nashville, his third year with the club.

Ribeiro was a healthy scratch for the Predators' last three games.

The Montreal native is in the final year of a two-year, $7 million contract he signed with the Predators prior to last season.

Ribeiro has 228 goals and 565 helpers over 1074 career games with the Montreal Canadiens, Dallas Stars, Washington Capitals, Arizona Coyotes and Predators.