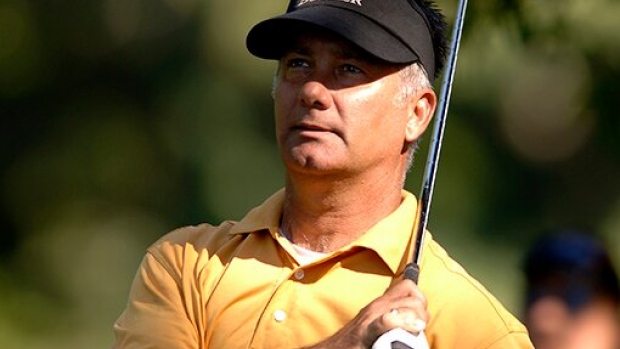 Richard Zokol has worn many hats in the golf world. Of course he’s been a player and winner on the PGA Tour. But he’s also been an author of instruction books, a course designer of the critically acclaimed but now closed Sagebrush Golf & Sporting Club, an advisor to Golf Canada’s development programs and director of golf development at Predator Ridge in Vernon, B.C.

He was also Disco Dick, the headphone-wearing golfer who used music to calm him between shots.

Zokol is the driving force behind MindTRAK Golf, an app that is designed to help golfers focus on being in the present rather than worrying about score. The creation of MindTrak came from Zokol’s experience on the PGA Tour.

“In 1999, I was trying to fight my way back to the PGA Tour as an old guy,” said Zokol, who joined the PGA Tour in 1982. “I was so frustrated because in my re-dedication I wanted to make some significant changes. I spent so much time with sports psychologists and I was trying to will myself into the present moment.”

That, he believed, would allow him to forget about the number on the scorecard and focus on hitting a better shot. But the score kept interrupting his thought process and playing with his focus.

That’s when he came up with the idea of what is now MindTRAK Golf.

“I decided it’s going to be about two key performance markers: your ability to assess the shot and then how well you execute it,” he said.

The first is about picking the correct club and deciding what type of shot to hit. The second is about doing just that.

Zokol started recording all his competitive rounds. In a journal in longhand, he listed the golf course, the round, the club he hit and then gave himself a grade on his assessment and his execution based on his own standards.

He started to see better results, but the real breakthrough moment came at the 2000 US Open.

“I barely made the cut and I was struggling with some of my technique and played a poor round on Saturday,” Zokol recalled. “I came out on Sunday with a great attitude and I shot 30 on the front nine. It’s a US Open record at Pebble Beach.

“When I came off the green on nine, my caddie said to me, ‘Do you know what you shot?’ and that was kind of the kiss of death. I said ‘I don’t know what I shot and I don’t care.’ I knew it was deep but I was just so detached from the score I didn’t even know where I stood. He told me ‘You shot 30 on the front nine.’ And I said, ‘I still don’t care.’”

More positive results came in 2001. He won the PGA of Canada Championship, then a stop on what is now the Korn Ferry Tour, utilizing the method.

That win propelled him back onto the PGA Tour in 2002 where he continued to see results. For example, in the category Greens In Regulation Putting from 10-15 feet, Zokol not only finished first, but also did so by a whopping 8.3 per cent. Again, he gave credit to his new way of thinking during his rounds.

Injuries eventually forced an end to Zokol’s playing career and he went off in search of his next adventure. But he always kept the idea of sharing MindTRAK with golfers.

Now that’s coming to a reality. The MindTRAK app will be released on the Apple App store in April. It’s taken time, effort and money to get to this stage, but what golfers will find is a simple yet effective tool to help them play better golf.

Once downloaded, golfers enter their clubs, and then choose the course where they are playing from a supplied list of U.S. and Canadian layouts.

After the round – or if they don’t hold up play, during it – the players rate themselves on every shot in two key performance markers – assessment and execution. It’s done through easy icons and takes only seconds for each shot.

“Say you hit a ball out of bounds,” explains Zokol. “You’re going to attach those two shots lost to the execution of that shot because you made a bad swing. You enter that into the app.  Or it might be that you hit the wrong club and that would be the assessment. The same is on the other side with shots gained, when you might make a birdie.”

At the end of the round, a report is generated showing all your shots lost and shots gained. A second report gives you your key performance markers on that day compared to a baseline from the past month. It might, for instance show that you consistently come up short on the fifth hole even though you hit the ball well. That would be a bad assessment, maybe not enough club.

“If people want to change and stop this golf insanity,” Zokol said, “they have to have a protocol that changes their perception and their perspective.

“Over time we become emotionally attached to the result. Players jump ahead to what the outcome means instead of focusing on the assessment and the execution.”

While MindTRAK teaches players to focus on the task at hand and not the resulting score, it also provides feedback on a player’s shortcomings. The feedback might show that a golfer hit great putts all day but didn’t read them properly. So rather than work on a putting stroke, that player needs to work on reading greens.

Zokol has had a number of notable players test the app out and received positive feedback. Mike Weir used it and like the results, while up-and-coming golfer Taylor Pendrith used it last year on the Mackenzie Tour and credited it with being a part of his great season that allowed him to advance to the Korn Ferry Tour. It’s also been tested by Golf Canada in its young professional program.

But Zokol stresses this is not just for better players.

“You can be a 25 handicap trying to get to a 20 handicap and you’re getting the same help as a PGA Tour player,” he said. “That is the basis of what MindTRAK does. It’s extremely different than any other app. You don’t geek out on data. I don’t care about that. I want the data as it relates to the key performance indicators.

“One shot at a time, assessing and executing,” added Zokol. “What it does is make the game more simple, easier and then it’s the secret sauce that all these sports psychologists say is that you have to follow the process, MindTRAK’s process, and let the score be a by-product of that process.”

When it comes to golf, easier is always better and Zokol’s MindTRAK seems to be a step in that direction.