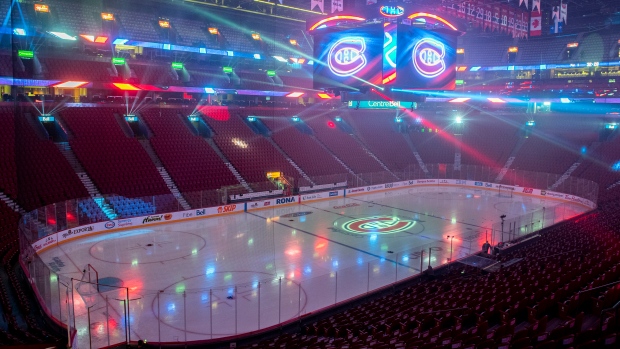 The National Hockey League and 20 of its teams are suing five of their insurance providers, alleging the companies have breached contracts by refusing to reimburse more than $1 billion worth of losses due to the COVID-19 pandemic.

The lawsuit was filed in June 2021 in the Superior Court of California in Santa Clara.

The parent companies of the Toronto Maple Leafs, Ottawa Senators, Winnipeg Jets, Montreal Canadiens, and Vancouver Canucks are among the teams suing. While the claim does not say how much the plaintiffs have asked a court to award, it says losses suffered by the NHL and its clubs exceed $1 billion.

It’s unclear why some NHL teams – among them the Calgary Flames and Edmonton Oilers – are not listed as plaintiffs.

“Some cities that have a stake or interest in an NHL arena may have insurance coverage beyond what the NHL has put together,” said Mary Kelly, a professor of finance and chair of insurance at Laurier University’s Lazaridis School of Business and Economics in Waterloo, Ont.

The NHL and Factory Mutual did not respond to requests for comment.

The league says its policies with Factory Mutual promise coverage for the “massive losses” its teams now face due to COVID-19, including losses from “when a communicable disease physically alters the air and surfaces within the clubs’ arenas, making them unfit for their intended use.”

Other insurers besides Factory promised to pay significant amounts for each occurrence, the NHL says.

In a Nov. 12 court motion, Factory Mutual asked a judge to dismiss the NHL’s claim, saying the league “does not allege any ‘physical loss or damage’ to plaintiffs’ property, which is a threshold requirement of the coverages plaintiffs seek.”

The NHL's court filings outline how its business has been battered over the past two seasons.

As COVID-19 spread in the spring of 2020, the NHL had to cancel 189 regular-season games during the 2019-20 season. To finish the playoffs, the league had to create a “bubble” within two “hubs” in Toronto and Edmonton. No fans were allowed to attend those games.

At the same time, the NHL said its teams have spent millions of dollars repairing and modifying their facilities – adding HVAC systems, new physical barriers, touchless entry and payment systems – to mitigate the damage caused by COVID-19.

“The hockey plaintiffs’ loss of revenue, initially from canceled games and then from playing games without fans in the arenas, and their extra expenses to get arenas ready to play and host fans once safe, exceeds one billion dollars,” the claim says.

Neither the NHL nor its teams specifically detailed their financial losses from shutting down because of COVID-19.

The NHL and its teams allege they provided reports of loss to Factory Mutual on March 13, 2020.

On May 22, 2020, Factory Mutual wrote to the NHL that the “presence of COVID-19 at an insured location does not constitute ‘physical damage of the type insured,’” the NHL alleged.

"Factory Mutual’s May 22, 2020, letter to the hockey plaintiffs is consistent with a set of 'Talking Points' prepared by Factory Mutual to ensure that Factory Mutual’s adjusters shunt all COVID-19 claims into limited communicable disease coverage, despite the realities of the harm caused by COVID-19 and the COVID-19 virus," the NHL alleged.

Kelly reviewed the NHL’s lawsuit and said the league has a difficult case to win.

“It looks like a pretty airtight policy,” she said. “Clauses related to a business interruption by communicable diseases are really designed for incidents like an outbreak of Legionnaires' Disease [a serious type of pneumonia that’s contracted by breathing in infected bacteria].”

“I think that’s probably peanuts for the NHL,” she said.

Che wrote in an email to TSN that in order to win its case, the NHL will have to establish the damage caused by COVID-19 as "direct physical loss."

"If the definition of the direct physical loss is deemed by the judge to be ambiguous," Che wrote, "then the ambiguity most likely will be construed against the insurers and the [NHL] will get the benefit of the doubt."

Event cancelation insurance has been a polarizing issue since the pandemic began in early 2020.

The All-England Lawn Tennis Club, organizer of the Wimbledon Championships, was also covered in 2020 with a policy that included coverage for communicable disease outbreaks that reportedly paid out as much as $140 million from its insurers.

But as is the case with the NHL’s claims, some insurance companies have refused to pay policy holders for claims and many disputes have ended up in court.

Major League Baseball and its clubs have filed a lawsuit in California against three insurers, including Factory Mutual, who denied claims over COVID-related losses. Several Ontario Hockey League teams are also suing over allegations that insurance claims related to COVID-19 losses have not been honoured.