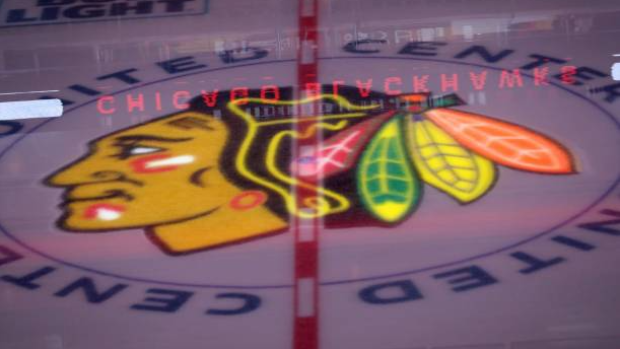 Former Chicago Blackhawks skills coach Paul Vincent told investigators probing abuse allegations that after two players confided in him that they were sexually assaulted by former video coach Brad Aldrich, he shared their accounts with both the team’s sports psychologist and a security officer.

During an Aug. 7 interview via Zoom with three lawyers from Jenner & Block – the Chicago law firm hired in June by the Blackhawks to scrutinize claims that team management covered up the alleged sexual abuse of two players – Vincent said he first learned of the allegations from Chicago defenceman Nick Boynton in May 2010 when the team was in San Jose during the Stanley Cup Western Conference final.

Vincent recorded the hour-long interview with Jenner & Block and provided a copy to TSN.

In the interview, Vincent said that after talking with Boynton, he then spoke with the two alleged victims for about 10 minutes.

“They explain to me what happened,” Vincent told the Jenner & Block lawyers. “I didn’t need all the details. I knew that it was wrong. They told me that [Aldrich] had tried to touch their penis, wanted to touch their penis. That’s all I needed to know. I said, ‘It’s not my spot. I’m not a police officer any more. I will go to the proper people.'"

Eric Lifvendahl, Higgins’ attorney, told TSN in an interview on Thursday that while his client worked at the United Center during the 2009-10 season, he did not start working officially for the Blackhawks until October 2010. Lifvendahl said Vincent’s statement that he told Higgins about the alleged abuse is false.

Blackhawks spokesman Adam Rogowin wrote in an email to TSN on Friday that the team hired Higgins on Sept. 27, 2010, as director of team security.

"The Blackhawks did hire a third-party security firm on June 9, 2010, to provide security for the player’s family members who traveled to Philadelphia for Game 6 of the Stanley Cup Finals and Brian was one of the independent contractors assigned to that detail," Rogowin wrote.

Informed of Higgins' denial, Vincent said he stands by his statement to Jenner & Block.

A day after speaking with the two Blackhawks players, Vincent said he was called into a meeting with team officials including president John McDonough, general manager Stan Bowman, vice-president of hockey operations Al MacIsaac, and Gary. Vincent told the Jenner & Block lawyers another person was present at the meeting but he could not recall who it was.

“I come in and Al MacIsaac says to me, ‘What do you know?’” Vincent said. “I said, ‘The same thing I told [Gary and Higgins].’ And with that, Al MacIsaac did most of the speaking. He said, ‘We’ve got it handled. You are assuming something happened and we’re going to look into it. You don’t need to look into it anymore.’” Vincent said he advised the executives to report the alleged abuse to police. “I did say to them I think you need to call the Chicago PD (Police Department) and have them quietly investigate,” Vincent told the Jenner & Block investigators. “That’s when MacIsaac said, ‘You don’t need to worry about this. We’ll take care of it… You can leave now.’ So I walk outside. Two of the coaches are still waiting for me, John Torchetti and Mike Haviland. I said, ‘You won’t believe what just happened.’ I explained it. And we went off to dinner.”

Vincent previously told TSN the players shared their stories with him on May 16, 2010, before Game 1 of the Western Conference final against San Jose and was called into a meeting with Blackhawks management on May 17.

Asked whether the players had said they had been ejaculated on, Vincent answered no. Asked whether a woman or drugs such as “roofies” might have been involved in the alleged incidents, Vincent responded that he did not know.

The interview offers a glimpse into how Jenner & Block lawyer Reid Schar – a former assistant United States attorney who assisted in the prosecution of former Illinois governor Rod Blagojevich – is exploring allegations that have been raised in recent months after the Blackhawks were sued by both a former Blackhawks player and a one-time high school hockey player.

The former Blackhawks player, referred to in court documents as John Doe 1, alleges that Gary told him any incident with Aldrich was his own fault and that the Blackhawks covered up his alleged assault.

The high school hockey player, referred to as John Doe 2 in court records, was sexually assaulted by Aldrich in Houghton, Mich., in 2013. (Aldrich was sentenced to nine months in prison and 60 months probation for that offense.) The player alleges that the Blackhawks fired Aldrich in the summer of 2010 and provided him with a positive job reference when he left the team.

The Blackhawks have asked an Illinois court to dismiss both lawsuits. The team says that it did not have a legal responsibility to report the abuse allegations of the former player because he was not a minor, not disabled, and not over the age of 60 and living in a care facility. The Blackhawks have also said they aren't responsible for the abuse of the teenage player because Aldrich was not provided with a job reference specifically for the coaching position with the Michigan high school team.

Schar has declined to comment on the scope of his investigation and referred all questions to the Blackhawks.

The Blackhawks have pledged that Schar’s findings will be made public but have refused to provide any details about the scope of his assignment, including whether current team employees will be required to cooperate with Schar or whether he will have access to team employee emails, text messages, and other potentially relevant documents.

“With the big club, I was friendly with just about everybody, , all of them,” Vincent told Schar. “From [Dustin] Byfuglien to all of them. I was, as a couple guys described, I was their grandfather that was a coach.”

Vincent told Schar he believed Aldrich got his job with the Blackhawks through the connections of his father Mike, a long-time equipment manager of the San Jose Sharks. It’s unclear whether Mike Aldrich is speaking about his son with Schar.

A Sharks spokesman did not respond to an email requesting comment. Vincent told Schar that he and other coaches saw Aldrich every day during the 2009-10 season. Aldrich had a cubicle in the coaches’ room where he edited game video.

However, during road trips when coaches typically dined together, Aldrich was never invited, Vincent said. “He was not in the inner circle,” Vincent told Schar.

Vincent also said during the Aug. 7 interview that some coaches had other concerns about Aldrich’s behaviour during the 2009-10 season. Vincent said that Aldrich brought interns to the players’ locker room after games to drink alcohol.

“Some of [the interns] looked younger, looked like minors and he was having drinks with them,” Vincent told the investigators.

Vincent said a Blackhawks coach whom Vincent did not identify spoke to Aldrich and told him that what he was doing was not appropriate.

Aldrich routinely had a 14-year-old boy stay weekends at his apartment, Vincent said, adding that he understood the boy’s family was close to Aldrich. “Family friend, that’s what I was told,” Vincent told Schar, adding that the boy has developed into “a pretty successful hockey player… moved along and became an NHL player.”

Vincent declined to tell Schar the name of that player.

Vincent was asked about the circumstances around Aldrich’s departure from the Blackhawks during the summer of 2010.

“One day he was gone,” Vincent said. “Normally when you win a Cup everybody gets an extension. He’d been broomed out, let go, fired.” “What’s your take on how it was handled?” Schar asked.

“All I know is it never got beyond the Chicago Blackhawks,” Vincent responded.

At the end of the interview, Schar asked Vincent to schedule a second interview. Vincent told TSN that won’t happen.

“I’ve told them all I have to say,” Vincent told TSN on Thursday.