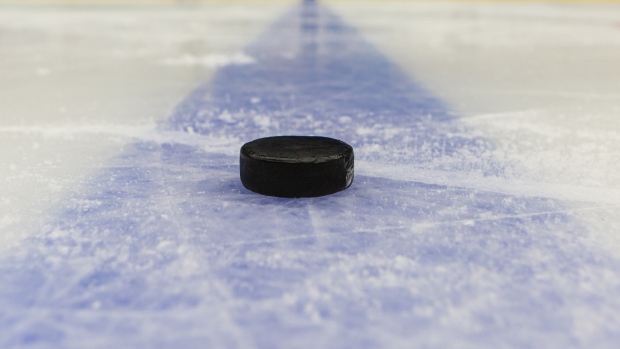 Puck on ice , The Canadian Press

The Greater Toronto Hockey League has hired a private investigator to scrutinize allegations that Jewish players with the U-13 Avenue Road Ducks and their family members were targeted with anti-Semitic slurs during games this season.

A person familiar with the matter told TSN that GTHL was first contacted after anti-Semitic slurs were allegedly made before a game between the Ducks and Don Mills Mustangs on Oct. 31. The slur was allegedly made by a Don Mills parent in an arena hallway, but no investigation took place at the time because the person who reported the slur to Avenue Road coaches did not agree to be interviewed.

Officials with the Ducks contacted the GTHL again following a game against the Mustangs on Nov. 11 to report that the parents of Ducks players had heard parents with the Mustangs utter anti-Semitic slurs, the person said.

Ducks coach Steve Gold asked that future scheduled games between the two teams not be played, according to a second source. Gold declined to comment when contacted by TSN.

The GTHL was contacted by the Ducks for a third time following a game between Mustangs and Ducks game on March 6. The person familiar with the matter said that the GTHL was told that anti-Semitic slurs were allegedly made by a Don Mills player on the ice and by parents in the stands.

GTHL spokeswoman Stephanie Coratti wrote in an email to TSN that the league hired Toronto private investigator Michael Davis to examine the allegations of anti-Semitism following the March 6 game.

After GTHL officials became aware that other teams were being contacted to attend a April 5 playoff game between Avenue Road and Don Mills and support the Ducks, the league reached out and asked for advice from Noah Shack, a vice president with The Centre for Israel and Jewish Affairs in Toronto.

“It began to escalate and the Avenue Road president and the GTHL were concerned about the environment that 12-year-old kids would be exposed to,” Coratti wrote. “The discussion ultimately landed on limiting access to Tuesday's game to only parents of players on each of the two teams, which the Centre fully supported.”

Coratti wrote that the GTHL investigation is ongoing.

Shack said in an interview with TSN that he was confident the GTHL was handling the investigation properly.

"No one should be subjected to hate when they are going to a rink to play hockey," Shack said.

The Jewish community makes up 3.8 per cent of Toronto's population and is the target of 34 per cent of crime, Shack said, citing Toronto police statistics.

“Any form of hate should be condemned in minor hockey and in society as a whole,” Simon wrote.

Don Mills Mustangs general manager Mark Bailey wrote in an email to TSN that the organization is cooperating with the GTHL’s investigation.

“It is very unfortunate that the situation has led to some concerns for player safety,” Bailey wrote. “We thank the GTHL and Avenue Road Ducks organization for helping to mitigate those concerns. The Don Mills Mustangs look forward to receiving the GTHL investigation report and bringing this matter to a final resolution.”

The GTHL is the world's largest minor hockey league with more than 40,000 participants. A week ago, the league published a report by an independent committee that found racism and harassment is systemic within the league.