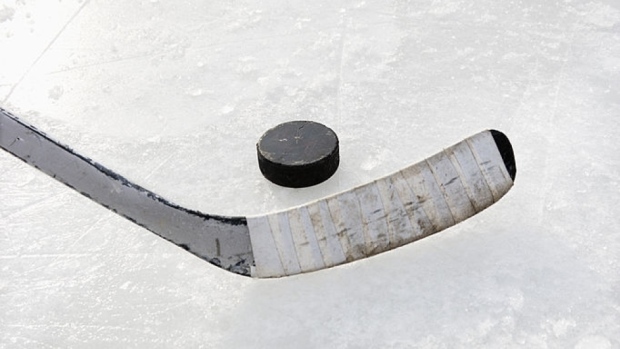 Toronto Public Health is investigating a local hockey school after 15 teenaged players allegedly gained entry into a city rink multiple times using COVID-19 vaccine medical exemptions provided by a B.C. doctor who is reportedly under investigation for selling such exemptions on a website.

“We found it strange that the same kids had all the same medical exemption documents from the same doctor,” Cook said in an interview with TSN. “I can’t prevent them from coming into the building because they have these exemptions. There’s nothing we can do because we would get a lawsuit for discriminating against them. It’s been very difficult for our staff, the harassment they get from people.”

Cook said Ricci and Weaver both phoned him at home, upset police had been contacted. Both Ricci and Weaver refused to address Cook’s allegations and there is no assertion that they were involved in the players obtaining the exemptions.

“I have contacted my lawyer, and should you choose to continue with your story, you will be personally sued for defamation,” Ricci wrote in an email to TSN. “This email will be used for court purposes. Your allegations are not only defamatory, but also malicious and discriminatory.”

"This story is defamatory, malicious and completely false," Weaver wrote in a text message.

A Toronto Public Health (TPH) spokesperson confirmed its enforcement officers are investigating the hockey school. TPH has the power to charge people who are believed to have committed an offence under the Reopening Ontario Act, a spokesperson wrote in an email. Those who fail to comply with the Act who are directors and officers of a corporation face a fine of not more than $500,000 and a term of imprisonment of not more than one year. Corporations can be fined up to $10 million, according to the Act.

“The City of Toronto has received complaints regarding All-Star Hockey school and Westwood Arena,” a TPH spokesperson wrote in a statement. “The matter is undergoing continuing review to ensure that individuals and organizations are adhering to the provincial regulations. Since the issue is under investigation, additional information cannot be provided at this time.”

Cook said players from All-Star Hockey have been practicing at Westwood Arena three times per week since Nov. 1. The exemptions provided by the 15- and 16-year-old players were signed by Dr. Stephen Malthouse, who CBC reports is under investigation by the B.C. College of Physicians and Surgeons for allegedly writing phony mask and vaccine exemptions offered for sale through a Kelowna-based website.

The exemption certificates allegedly signed by Dr. Malthouse include a two-page preamble invoking the Canadian Human Rights Act, the Constitution, the UN’s Universal Declaration on Bioethics and Human Rights, and the Nuremberg Code, CBC reported in October.

Ontario’s Health Ministry has said the only people who are eligible for a medical exemption are those who have had an adverse health reaction to a COVID-19 vaccine and those whose certain medical conditions that may affect their response to immunization.

“It’s become a real concern of ours and the police are dumbfounded,” Cook said. “How can a doctor from B.C. give a medical exemption for a player from Ontario when that doctor can’t write a prescription in Ontario? I’m worried about the health of our employees.”

Hockey arenas have been documented as hosts to super-spreader events. In June 2020, one COVID-19 positive hockey player who played in an adult rec hockey game in Florida infected as many as 14 other players, CNN reported. Five months later, in November 2020, one asymptomatic person with COVID-19 who attended an Ottawa hockey rink led to 89 new cases, 445 people needing to self-isolate and four outbreaks at school, with 10 teams impacted.

Cook said Westwood only allows 10 players per locker room, permits one parent only to accompany their child inside, and mandates that masks must be worn everywhere except on the ice.

“We are doing everything we can to keep everyone safe,” he said.

Cook said that as of Jan. 10, according to new provincial rules, people will no longer be allowed to use medical exemptions for entry to hockey rinks.
Toronto Police Services (TPS) confirmed it has referred the matter to Toronto Public Health.

“TPS did receive concerns about a group of reportedly unvaccinated people using an arena in the Humberline Drive and Albion Road area,” a TPS spokesperson wrote in an email. “Toronto Public Health has been made aware. Any questions in relation to an investigation into the doctor would be for the B.C. College of Physicians and Surgeons.”

A spokesperson for the B.C. College wrote in an email to TSN that it couldn’t comment on Dr. Malthouse because he is suing the College in B.C. Supreme Court for allegedly violating his right to free speech.

Dr. Malthouse has said the college told him in a May 17 letter that he would be reprimanded and forbidden from speaking on issues related to COVID-19 in response to at least 10 complaints from his fellow doctors. He has repeatedly claimed that COVID-19 is no more deadly than the flu and that vaccines are more dangerous than the novel coronavirus.