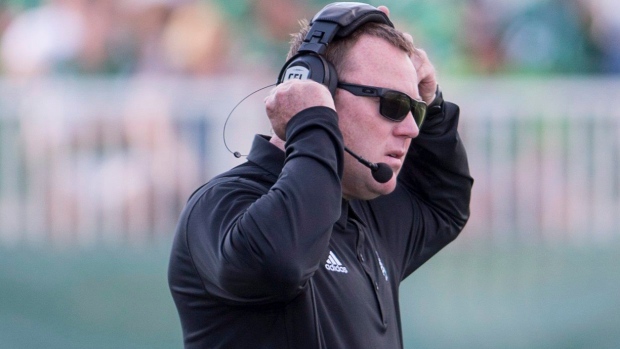 The Saskatchewan Roughriders were fined $5,000 by the CFL on Sunday for staying on the midfield logo during team introductions in last week’s game against the Calgary Stampeders at McMahon Stadium.

This is the second time this week the Roughriders have been fined. They were penalized $60,000 and had their 2016 salary cap reduced for roster violations on Thursday. The team was in violation of policies which prohibit practising with ineligible players, players participating in practice who are on the six-game injured list and having free agents practice with players who are under contact.