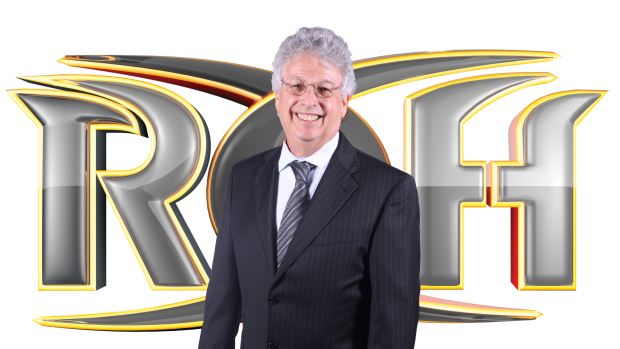 Professional wrestling is work for Ring of Honor chief executive officer Joe Koff, but that doesn’t mean it always has to feel like it for him.

Koff grew up a fan of wrestling and can still remember the match that hooked him – a bout between legendary Canadian wrestler Edouard Carpentier and Dutch grappler Hans Mortier.

Unsurprisingly then, Koff considers when ROH, along with New Japan Pro Wrestling (NJPW), presented the G1 Supercard at MSG in April – the first non-McMahon-produced wrestling event at the arena since 1960 – among his career highlights in the almost nine years since the Sinclair Broadcast Group, where Koff served as a vice president of training and development, purchased the company.

“It was an organic moment,” Koff said of the event. “It happened the way it happened because of what was going on at the time. I know that sounds like a lot of gobbledygook, but I don’t mean it to be. But there was a reason for that show and that show stood by itself, which is so, so important. I think it has to live by itself. It deserves its own space. It was a moment for the guys, it was a moment for me to think about going to the old Garden with my father and then to be there with my sons watching a show that I’m responsible for. It was really, really special. And almost surrealistic in that moment because it was the kind of show that we don’t normally do. So it had a lot of its own pressures on it, but we sure delivered on product. I was really proud of that.”

A promotion not owned by the McMahon family presenting a show at MSG is one of a number of changes that the wrestling industry has undergone and is still undergoing in 2019.

Vince McMahon’s World Wrestling Entertainment’s SmackDown Live program will move to FOX in October as part of a lucrative five-year, $1 billion deal, giving the company its first ever weekly show on network television. That same month, All Elite Wrestling – a company launched by wrestlers Cody Rhodes, Kenny Omega, Nick Jackson and Matt Jackson and backed by the Khan family, owners of the Jacksonville Jaguars and Fulham – will launch will a weekly show airing on TNT, marking Turner television’s first foray into pro wrestling since the demise of World Championship Wrestling in 2001.

“Ring of Honor has always been subject to the other promotions,” Koff said. “We develop a lot of talent that wrestle for Ring of Honor; that stay in Ring of Honor or choose to move on from Ring of Honor. The wrestling business is very good right now. If you’ve been watching it for a long time, it’s a very cyclical business and the cycle is good right now. It’s on a good path. So it’s very, very good for the fans and it’s very, very good for the talent. At the end of the day, you have to be strong and true to your brand and not get dissuaded and not get distracted by what others are doing and just continue to do what you were doing. That’s what we plan on doing.

“Ring of Honor is probably, and still now besides WWE, the really only true touring company with television distribution, with international licensing that does 40, 50 shows a year. We’re a bona fide promotion when it comes to that. And we’ll always continue to be because that’s what we do. So I welcome the competition. Competition makes for better businesses and if you can withstand it and survive it and grow from it, then you become a stronger entity.”

He also has no regrets about competition from the naiscent AEW. The springboard for its launch was last summer’s All In pay-per-view put on by Rhodes and Jackson brothers while all three were contracted talent to ROH. To put the show on, the trio used ROH-contracted performers, as well as much as their live-event infrastructure and television production. When their contracts expired at the turn of the year, the three chose to form a new company rather than re-sign with ROH or jump to WWE.

“We didn’t know at that time that they were going to spin off into their own organization,” Koff said of AEW. “They were my talent and they were part of our family and we’ve always been a collaborative organization and they came up with this idea and I felt like it was ours to support. It bore itself out true and what happened after that is just part of their chapters and the wrestling business’s chapter, but no, I would never look back at that. I would do it all over again.”

High-profile departures are nothing new for Ring of Honor. In its 17-year-plus existence, the company has seen the likes of AJ Styles, Bryan Danielson (the WWE’s Daniel Bryan) and Tyler Black (WWE’s Seth Rollins) come and go, but what has given the promotion staying power is its ability to have other talent ready to grab the mantle from those who’ve departed.

While the 2010s saw an unprecedented boom in independent wrestling with thriving promotions across North America and Europe, the trend is winding down as the decade comes to a close with more and more talent being signed to mainly exclusive deals by one of the national promotions. But Koff doesn’t think the arms race is feasible for the long term.

“They can’t continue doing that forever because that would be ridiculous,” Koff said. “I think there will always be a market for the top and there will always be a market for the middle who think they’re at the top. It makes us be more cognizant of who we’re hiring and why we’re hiring them, what the interests of both parties are and if they’re aligned or not. It’s a great time to be a professional wrestler, there’s no question about that, but there can only be X amount of top people in any promotion. So I think there has to be that choice of where you want to be in the pecking order because it’s one thing to be in a huge company that is really hot right now or the hottest thing in the world, but where are you in the thought process? The thing about Ring of Honor, which I also think is special, is that there’s access to the top. We’re small enough still and intimate enough still that everybody’s voice is heard. I’m not sure everybody thinks they’re listened to, but everyone’s voice is heard. I think that’s special.”

For Koff, it’s the ability for his performers to have creative direction when it comes to their characters that sets ROH apart from its competition and makes it an attractive destination for talent.

But as the business changes, the company is changing with it.

At the end of July, it was announced that ROH would no longer be partnering with Billy Corgan’s National Wrestling Alliance. Over the past year, NWA talent had been appearing on ROH shows with its world title also being defended on them. In the spring, the two companies co-promoted a revival of the Crockett Cup tag-team tournament, held for the first time since 1988.

Koff insists that the split was an amicable one and ROH remains open to working with Corgan in the future.

“I think everybody is making a bigger case [of the split] than what it was,” Koff said. “I love the people at the NWA. We had an opportunity to work with them like we’ve worked with other promotions. I can’t speak for them – I can only tell you what we spoke about, but I think there was a lot of good that benefitted both companies. When there is good benefit for both, then it’s a good thing. I think the NWA wants to have its own brand identity that is not associated with someone else and I think they should. They deserve that and maybe this is the right time to do that in the face of the popularity of the sport right now. So there was no big dissolution, there wasn’t any big anything. It was just time. It was their time and it was our time. They are more than welcome to be part of our company. They know that and I hope at some point we can do things together as we have in the past. I have no vitriol and I think that would be good for the business.”

Ring of Honor’s partnerships with NJPW and Mexican giants Consejo Mundial de Lucha Libre (CMLL) remain strong, Koff says, categorizing them as “more a gentleman’s agreement than a paper agreement” and notes that the company takes no issue with NJPW’s attempted inroads into the American market.

“We share talent, there’s a use from both [sides], but New Japan is also trying to establish a greater presence in America and we respect that,” Koff said. “That’s not a problem. We’re a pretty flexible company when it comes to stuff like that and we believe in our brand. We believe in our people and they’re helpful to us and we’re helpful to them. We have wrestlers wrestling for them now. They send stars to us. We love the CMLL relationship just as we love the New Japan relationship, so it’s all working.”

Up next for the company is Friday night’s “Summer Supercard” in Toronto at the Mattamy Athletic Centre at the site of the former Maple Leaf Gardens. Both NJPW and CMLL talent are slated to appear, giving fans the chance to get a look at some of the newer talent being featured in Ring of Honor.

“I’m really excited about [Mexican star] Rush,” Koff said. “Bandido – these two guys are just two extraordinary wrestlers. They’re at the top of their games. I think from an international perspective, they have that wow factor in the ring. Bandido is just a terrific young man. He’s a gentleman and a fantastic performer. Mark Haskins is a really good worker and really exciting to watch. But my mainstay talent is still really strong. I wouldn’t want to make it new guys versus old guys.”

With the influx of new talent and the MSG show setting new company benchmarks, Koff hopes to keep the momentum rolling for ROH with a specific goal in mind – live TV. Right now, ROH’s weekly television show runs in syndication, but Koff thinks the time is right for live programming.

“I think that would be our next step to create a weekly show that is time-sensitive, so people are seeing it in real-time pretty much like we’re going to see from the other promotions,” Koff said. “But we have to stand on our own. We’re not doing it because they are. I’m doing it because I think that’s what the consumer would rather have. They’re very satisfied with what they get. Our ratings over our TV stations and TV networks are fine and they’ve been good and haven’t really deteriorated to any degree that people might think. I think having appointment television, destination television in one solid place would make a big difference and that would be my goal.”