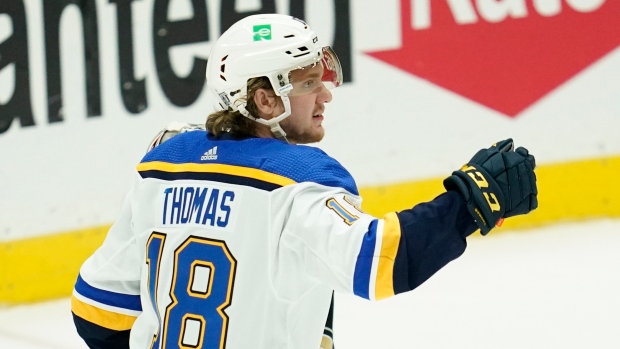 THE WAIT IS OVER!

Robert Thomas has agreed to terms on a two-year contract with the #stlblues.

The deal carries an average annual value of $2.8 million and runs through the 2022-23 NHL season.

The 22-year-old was selected No. 20 overall by the Blues in the 2017 NHL Draft and had three goals and nine assists in 33 regular season games last year.