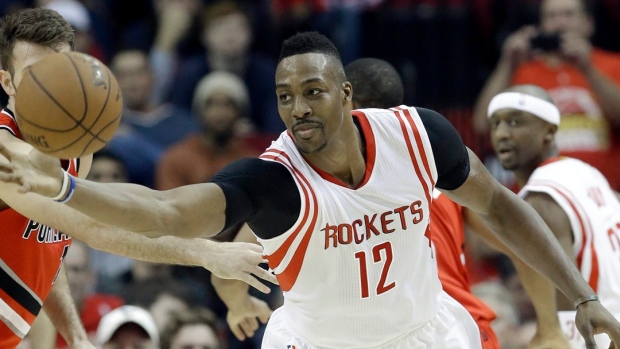 The 6-foot-11 centre contributed immediately, taking a no-look pass from James Harden on the baseline and throwing down a powerful one-handed dunk for the Rockets' first points.

He has returned against a Pelicans squad desperate to string enough victories together to sneak into the playoffs after returning from a winless three-game road trip.