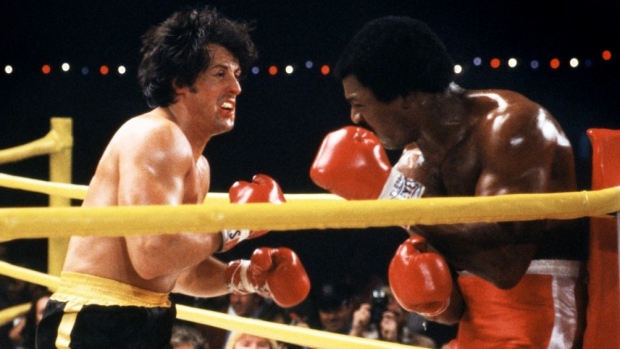 Following up on a classic boxing match or an Academy Award-winning movie are both tough feats to accomplish successfully, but Sylvester Stallone pulls off both in 1979’s Rocky II.

Set directly after the events of Rocky (1976), which captured the award for Best Picture at the 49th Academy Awards, the sequel begins with the aftermath of world heavyweight champion Apollo Creed’s (Carl Weathers) split-decision victory over journeyman challenger Rocky Balboa in their New Year's Day title fight.

Both men have agreed that there will not be a rematch, but while Balboa is lauded for his efforts in going the distance with the champion, Creed is haunted by both fans and his own pride over the result, eventually leading him to seek out a second fight.

With both his new family against it and his health failing him, Rocky begins to train for a second shot at the heavyweight title, but as things in his personal life continue to worsen, can he rise to challenge and defeat the heavyweight champion in their Thanksgiving Day rematch?

In 1979, Chicago Sun-Times movie reviewer Roger Ebert watched Rocky II with boxing legend Muhammad Ali and the three-time heavyweight champion saw a lot of himself in the Creed character.

"That's me, all right," Ali told Ebert. "Apollo sounds like me. Insulting the opponent in the press, to get him psyched out. That's me exactly."

Gene Siskel gave the movie three-and-a-half stars and said, “What is most remarkable about Rocky II is that it recalls so many scenes from the original film, which is only three years old and was shown on national television last fall, and yet—amazingly—it all works. Almost every bit of it."

Rocky II grossed $200.2 million at the box office on a budget of $7 million. While it wasn’t able to repeat the critical success of it’s three-time Academy Award-winning predecessor (Rocky was also awarded in the Best Director and Best Film Editing categories), Rocky II set the stage for a film franchise that continues 40 year later, most recently with the film Creed II (2018).