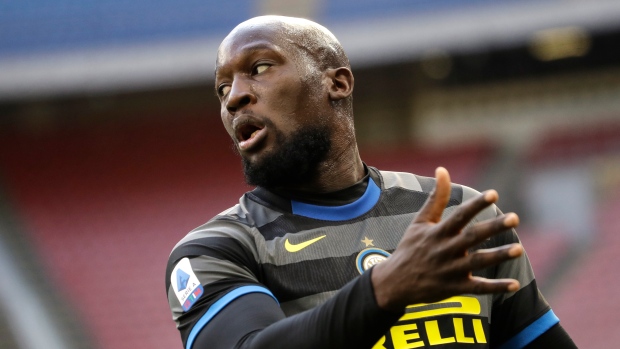 Big Rom is back at Stamford Bridge.

Chelsea announced the re-signing of Romelu Lukaku from Inter on Thursday for a club-record £97.5 million.

"I’m happy and blessed to be back at this wonderful club,’ Lukaku said in a statement. "It’s been a long journey for me: I came here as a kid who had a lot to learn, now I’m coming back with a lot of experience and more mature."

A native of Antwerp, Lukaku spent the past two seasons in Serie A where his goal scoring was prolific. Lukaku amassed 47 league goals across his two seasons with the Nerazzurri, helping them to capture the Scudetto for the first time in a decade last season.

"Romelu Lukaku is quite simply one of the world’s best strikers and goal scorers," Chelsea director Marina Granovskaia said. "We are absolutely delighted to be bringing him back to the club he loves, and are excited to be adding his talent to our Champions League-winning squad. We are of course looking to build on last season’s success, and Lukaku will play a big role in achieving our targets. I’m sure all Chelsea fans will join me in saying welcome home, Romelu!"

Lukaku is no stranger to English football, having spent eight of his 14 pro seasons in the Premier League and Championship with spells at West Brom, Everton and Manchester United. His 113 Premier League goals are 20th all-time and Lukaku becomes the third-highest active scorer behind Harry Kane (166) and Jamie Vardy (118).

Internationally, Lukaku has been capped 98 times by the Red Devils and featured in all of Belgium's Euro 2020 contests.

Lukaku is not expected to be available in time for the Blues' opening match of the season on Saturday at home to Crystal Palace.