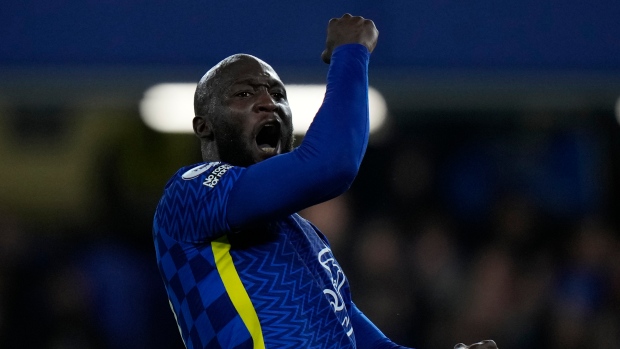 Romelu Lukaku is trying to ensure his Stamford Bridge return will only be a short one.

The Telegraph's Jason Burt reports the Belgium forward is attempting to force a move from Chelsea back to Inter, the club he left last summer in his move back to London. Should a deal be agreed it would likely be a season-long loan with an option to buy.

Lukaku, 29, signed with the Blues last summer for a second stint with the team in a club record £97.5 million transfer, but failed to win the trust of manager Thomas Tuchel and openly expressed his unhappiness at the club. In 26 league appearances for Chelsea last season, Lukaku scored eight goals, his lowest career output over the course of a full Premier League season.

It was a far cry from the 47 league goals scored over Lukaku's two seasons at the San Siro. Lukaku starred in Italy after a £73 million move from Manchester United. With Inter, Lukaku won the 2021 Scudetto.

Asked Friday about a potential return to Inter while on international duty with Belgium, Lukaku offered little.

“I can’t speak," he simply answered.

Burt notes that the chances of Lukaku returning to Inter aren't high at present with the club prioritizing the signing of free-agent Argentina forward Paulo Dybala from Juventus and the completion of Armenia winger Henrikh Mkhitaryan's move from Roma on a free, as well as the significant loan free Chelsea would likely demand.