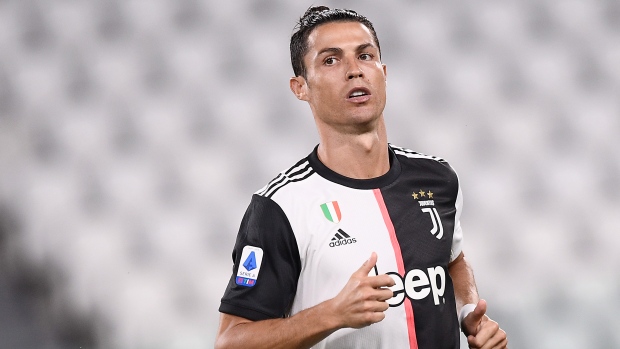 GENEVA — Cristiano Ronaldo and Lionel Messi will face each other in the Champions League group stage for the first time — and fans could be allowed back in to watch.

Messi’s Barcelona was drawn from the pot of second-seeded teams Thursday into the group where Ronaldo’s Juventus team was already placed as a top seed. The group was later completed by Dynamo Kyiv and Ferencváros.

The 35-year-old Ronaldo and the 33-year-old Messi had a nine-year rivalry in the Spanish league when the Portugal star was with Real Madrid. However, they could never face each other so early in the Champions League then because clubs from the same country are separated in the draw.

They did meet in the 2009 final, when Messi scored as Barcelona beat Ronaldo's Manchester United 2-0.

Dates for the games in Turin and Barcelona will not be confirmed until Friday, but there could be fans on hand to watch the high-profile clashes.

UEFA said stadiums can be filled to 30% capacity for all matches it organizes — including the Champions League, Europa League and national team games. However, only home fans will be allowed, and local authorities have final approval.

No fans were allowed into stadiums in the final stages of the Champions League or Europa League in August, nor in qualifying rounds in recent weeks.

Juventus and Barcelona were paired in the group stage of the 2017-18 season -- Ronaldo’s last in Madrid when he helped Real win a fourth Champions League title in five seasons. Messi scored twice in a 3-0 home win over Juventus, before the teams drew 0-0 in Italy.

The stellar clash of superstars still left space for intriguing draws in the other seven groups.

Paris Saint-Germain, the beaten finalist last season, was reunited with Manchester United — which it lost to because of a controversial late penalty in the round of 16 in 2019 — and Leipzig, which it beat in semifinals in August. Newcomer Istanbul Basaksehir is also in that group.

Liverpool, the 2019 champion, is top-seeded in a group of teams with reputations for playing open attacking soccer — Ajax, Atalanta and Midtjylland of Denmark, another Champions League debutant.

Six-time European champion Liverpool and four-time winner Ajax have met only once before in the competition, in 1966. Ajax eliminated Liverpool from the European Cup second round after a 5-1 first leg win in Amsterdam.

Sevilla and Chelsea, winners of the past two Europa League titles, will play two more Champions League newcomers, Krasnodar and Rennes. In its 119-year history, Rennes has never played a competitive game against its three group opponents.

Manchester City, seeking its first title, was second-seeded in a group with two former winners, Porto and Marseille, plus Olympiakos.

The group stage starts on Oct. 20 and is scheduled to run through Dec. 9. Games can be made up until Jan. 28 if any are postponed because of the coronavirus pandemic.

Ahead of the draw, Bayern forward Robert Lewandowski was named the best men’s player in Europe last season. Bayern’s Hansi Flick won the award for coaches.