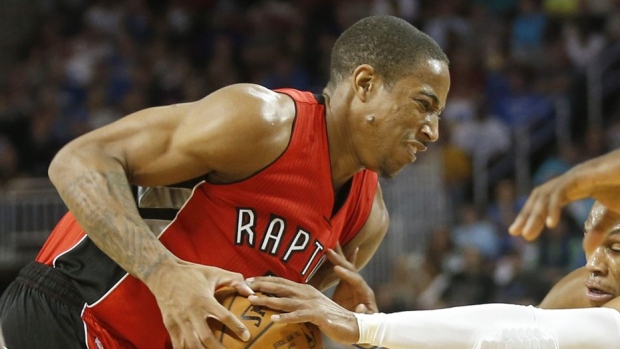 Jonas Valanciunas scored 12 of his 14 points in the first half for Toronto (5-1). DeMar DeRozan and Jordan Hamilton had 13 points.

Russell Westbrook led Oklahoma City (2-3) with 16 points on 5-of-15 shooting. Anthony Morrow and Andre Roberson each had 15. Roberson was 7 of 9 from the field and had 10 rebounds.

Oklahoma City star Kevin Durant had surgery Thursday to address a bone fracture in his right foot and will be out at least six weeks.

Raptors guard Greivis Vasquez did not play after a ball struck him in the head during warmups. A team official said Vasquez felt dizzy.