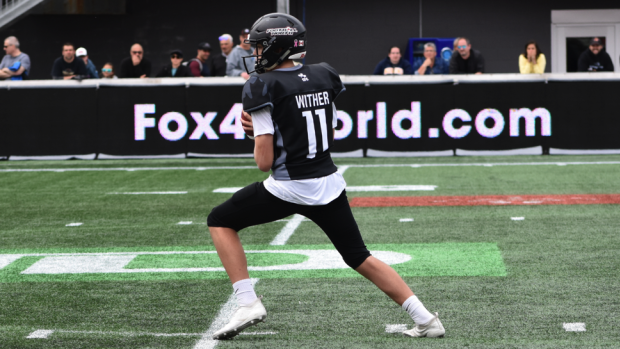 Unfortunately, due to the ongoing coronavirus (COVID-19) pandemic, the game - set to feature Canada's top high-school football talent - will not be played this year. The rosters for the game were assembled in late October and the announcement of those rosters is a celebration of their achievement.

Among those players selected are 11 who have already received NCAA offers including Clarkson (Ont.) quarterback Callum Wither.

"CFC is really excited to track these amazing athletes over the next few years," said Lee Barette, CEO of the CANADAFOOTBALLCHAT.COM PROSPECT GAME and the president of CanadaFootballChat.com "This year's seven selection camps, which were rescheduled between June and October, saw some exceptional performances including the 40-yard speed of all the skill positions, especially the running backs."

Once again this year, each team will be headed by a CFL legend in Henry Burris and Matt Dunigan. In last year's game, Team Burris emerged victorious.

"Coach Dunigan and Burris would have revelled working with all four quarterbacks who are outstanding," Barette said. "This talented group from year two really makes us look forward to the selection camps and game in 2021 for year three.”

TSN CFL analyst Duane Forde says these rosters will give Canadians a chance to get familiar with players who could potentially become stars going forward.

"The CFC Prospect Game is all about 'opportunity,'" Forde said. "It's an opportunity for the top high school players in Canada to go head-to-head with their peers from across the country, and it's an opportunity for Canadian football fans to get a look at the next Chase Claypool, Chuba Hubbard, or Nathan Rourke before the rest of the world gets to know who they are. This game is always a highlight on my football calendar."

The 93 players comprising the game’s final rosters were announced during Grey Cup Week on TSN:

The 93 participating athletes were chosen by a 33-person selection committee after a seven-city tryout and identification process led by Clint Uttley, Operations Director and Selection Committee Chair of the CanadaFootballChat.com Prospect Game. The committee is comprised of a cross-section of Canadian football stakeholders, including former NFL and CFL players and coaches, community and high school coaches, and scouts from across the country. The full list of selection committee members is available on the game’s official website