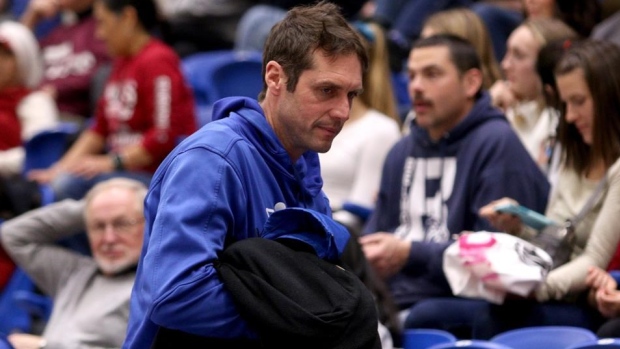 Rowing Canada has suspended the former head coach of the University of Victoria women's rowing team for one year after an investigation into allegations of aggressive and demeaning treatment.

The decision released Tuesday says the suspension of Barney Williams would be reversedif he complies with certain terms, including regular mentorship by a coach evaluator and completing course work that emphasizes coaching ethics and working with developing and female athletes.

It shows four team members in the 2018-19 season made complaints against Williams and a three-person panel was appointed last fall, tasked with determining whether he had breached Rowing Canada's code of conduct or the National Coaching Certification Program code of ethics.

The panel concluded that Williams's one-on-one interactions with one of the complainants, Lily Copeland,and his conduct at two meetings with an assistant coach, had violated his responsibilities under both codes.

The panel could not conclude that Williams's interactions with the other complainants amounted to a violation of the codes.

The university announced Monday that Williams had resigned as the women's rowing coach by mutual agreement as he and the athletic department determined it was in the best interest of the program.

The Rowing Canada panel decision says Williams denied that any of his conduct amounted to a breach of the national codes and denied he was ever aware of negative effects his coaching had on the complainants.

It says the panel heard from 15 witnesses, including Copeland, who testified during hearings that she was excited at the start of the 2018-19 season and felt strong in her role as the team's only returning coxswain.

Copeland testified that she was subjected to allegedly demeaning and aggressive treatment by Williams and her mental health was poor near the end of fall.

She also testified that she told Williams during a meeting before the winter break that she was scared of him, and the training program and his coaching were affecting her mental health, the panel's decision says.

Copeland filed a lawsuit against Williams and the university last year alleging she suffered stress-induced physiological symptoms and that the school failed to provide her with a safe environment for training.

Williams and the university deny the allegations in a statement of defence filed in B.C. Supreme Court, saying the training environment was not hostile and communication was always professional.

None of the allegations or statements have been tested in court.

The panel report posted on the website of Rowing Canada Aviron says Williams "failed to put Ms. Copeland's best interests ahead of his personal desire to build a successful team, seemingly at any cost."

"His 'direct feedback' approach with Ms. Copeland was unwelcomed and ultimately harmful to Ms. Copeland's well-being," the panel decision says.

It says Williams "knew or ought to have known" that the way he was communicating with Copeland was harmful and negatively impacting her.

The panel determined that the suspension of Williams would act as a deterrent for both him and the rowing community as a whole.

"It is important to note that several women, many of them promising athletes, testified that (his) coaching led them to leave the sport prematurely to the detriment of the sport and to these athletes," the decision says.

In a statement reacting to the panel's decision, the university said Williams "expressed regret" in 2019 and undertook a professional development program, which included communication, personal awareness and conflict resolution training.

After its own review, the school says it implemented several changes to its varsity sports program "to strengthen a safe and supportive environment for student-athletes."

The changes include a professional code for coaches and the creation of a new position, director of varsity performance sport. It also created a student support co-ordinator position to provide clear options for how students can raise concerns and get support.

“UVic is committed to providing a safe and supportive environment for all our varsity athletes, we want our entire community and especially our students to know that UVic takes athlete wellness seriously," said Jim Dunsdon, associate vice-president of the division of student affairs.

This report by The Canadian Press was first published April 20, 2021.