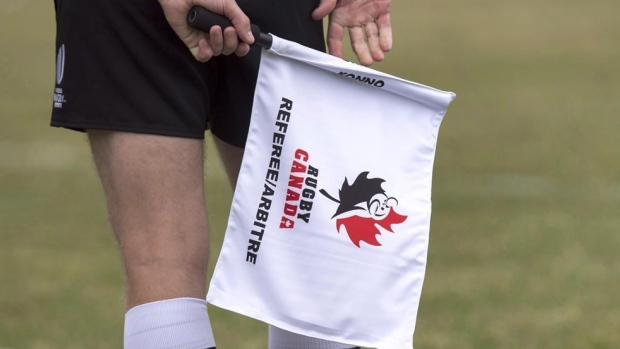 Canada rugby coach Kingsley Jones has named a 36-player squad for a three-week camp next month in Langford, B.C.

Because of COVID-19 travel restrictions and quarantine requirements, only Canadian-based players have been invited to the Nov. 9-29 camp at the Al Charron National Training Centre.

Eight players currently in French leagues and one player in New Zealand have been left to continue in their club competitions.

The majority of the players selected have returned to training over the last eight weeks with either the Rugby Canada National Development Academy or the Toronto Arrows.

Rugby Canada says the camp will follow B.C. health guidelines with fewer than 50 participants including coaches/staff, medical staff and players.

"We are very much looking forward to November and getting to work with the players for the first time in over 12 months," Jones said in a statement. "It’s been a tough 2020 for everyone, particularly watching rugby being played around the world and recently with international rugby added back to the calendar.”

The Canadian men's team has not played since the Rugby World Cup in Japan last October with subsequent fixtures called off.

Eighteen of the 36 players invited to camp are affiliated with Major League Rugby teams, whose 2020 season was ended early in mid-March due to the pandemic. Eleven of those are from the Toronto Arrows.

Arrows coaches Aaron Carpenter, Pete Smith and Rodin Lozada will be joining Jones, Jamie Cudmore and Phil Mack at the camp, as will Arrows COO and general manager Mark Winokur.

Cudmore is head coach of Rugby Canada men's development academy while Mack is an assistant coach.

Jones, a former Wales captain, is currently in New Zealand, completing quarantine ahead of his father's funeral in Auckland. Phil Kingsley Jones, who managed the late New Zealand rugby legend Jonah Lomu, died at the age of 72 earlier this month.

This report by The Canadian Press was first published Oct. 15, 2020