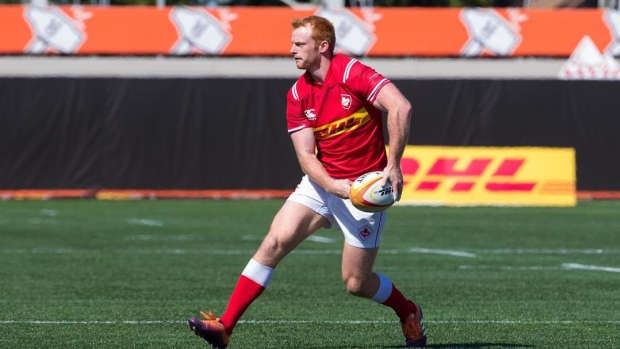 Despite having played just two matches since the 2019 Rugby World Cup, 22nd-ranked Canada opens qualifying for the 2023 tournament on Saturday against the 16th-ranked U.S. Eagles.

The game in St. John's, N.L., kicks off a two-legged aggregate series that will conclude a week later in Glendale, Colo. The winner will face No. 17 Uruguay in early October to see who qualifies as Americas 1 and slots into Pool A at the 2023 World Cup in France alongside No. 2 New Zealand, No. 5 France, No. 14 Italy and Africa 1.

The Canada-U. S. loser still has a chance to advance but faces a more convoluted qualifying route.

The pandemic has played havoc with rugby's international schedule with the Canadian men's lone action coming in lopsided July losses to No. 9 Wales (68-12) and No. 3 England (70-14) since falling 66-7 to eventual champion South Africa at the World Cup in Japan on Oct. 8, 2019.

The Americans have also suffered through a fixtures drought, beaten 43-29 by England and 71-10 by No. 4 Ireland in July in their only outings since the World Cup.

Both teams have had to deal with COVID complications on top of the usual difficulties of securing the release of players from overseas clubs and injury-related problems.

Canada is without overseas pros Tyler Ardron, Evan Olmstead, Shane O'Leary, Will Percillier and Taylor Paris. All five play in France with Ardron at Castres Olympique, Olmstead at Biarritz Olympique, O'Leary at Rouen, Percillier at Stade Francais and Paris at Oyonnax.

O'Leary and Paris are injured. Ardron, who captained Canada at the 2019 World Cup, is working his way through COVID regulations and may be ready down the line. Olmstead and Percillier remain with their clubs.

The Canadian squad is one for the future with 12 players born in 1997 or later. There are four uncapped players: Mason Flesch, Jason Higgins and Spencer Jones of the Toronto Arrows and Brock Webster from the Canada sevens program.

But with the number of Arrows on the team and the ties forged by those involved in the 2019 qualifying campaign, the Canadian squad has plenty of connections.

Jones call the U.S. "slight favourites" going into the match given their experience in key positions and the fact that more of their players are starters in the MLR. But both sides know each other well.

"They know what to expect and they're looking forward to the challenge," Jones said of his players.

And while many of the Canadians are young, Jones can count on a solid leadership group with the likes of Kyle Baillie, Matt Heaton, Ben LeSage, Patrick Parfrey, Lucas Rumball and Ilnicki.

While the number of COVID cases in Newfoundland and Labrador is low compared to other jurisdictions, the Canadian players are working out of a bubble to keep everyone safe. That means there's not much to do outside of the hotel, with visits to local establishments off-limits.

'Wednesday was an off-day for the players, who essentially had to stick to their hotel.

"There's worse things in life but when we've been together for two weeks, it is nice for the guys to go out, get some fresh air, do their thing," said Jones. "I like to go for a jog on my day off but I won't be able to do that either."

"We're here to do a job," Jones added. "The players have been outstanding in buying into it."

The Canada-U. S. loser will face No. 28 Chile in an October home-and-away playoff with the winner facing the loser of the North America-Uruguay series to determine who advances to the World Cup as Americas 2 in Pool D with No. 3 England, No. 7 Argentina, No. 10 Japan and No. 13 Samoa.

The loser of that playoff has one more chance to join them via repechage.

Uruguay advanced to face the Canada-U. S. winner by finishing first in a three-team South American tournament over runner-up Chile and Brazil.

The Canadian men have never missed a World Cup, managing to book their ticket in the first stage of qualifying until last time out. Canada made it to the 2019 tournament the hard way, winning a four-team repechage after losing playoff series to the U.S. (80-44 on aggregate) and Uruguay (70-50 on aggregate).

This report by The Canadian Press was first published Sept. 1, 2021