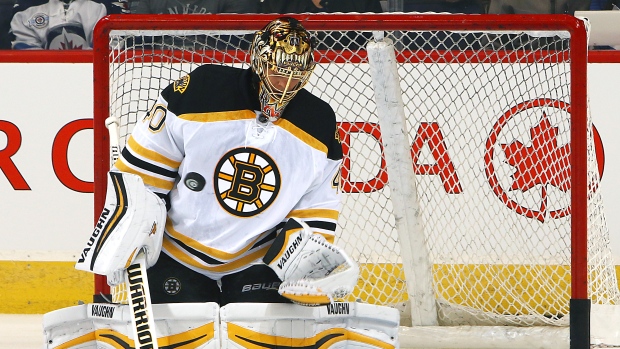 Keep up to date on the latest rumours and speculation around the NHL beat with TSN.ca's Rumour Mill.

Look to the Future?

Boston Bruins goaltender Tuukka Rask is off to a slow start this season with just three wins over his first 12 starts on the year. He's posted a 2.89 goals against average and .897 save percentage while being outplayed by backup Anton Khudobin.

Joe Haggerty of NBC Sports Boston points out that Rask has now put up lacklustre numbers in three straight seasons since once being considered among the NHL's elite. Haggerty wrote Wednesday he's convinced the Bruins will never win a Stanley Cup with Rask in net and must begin planning for future now.

Rask posted a save percentage of .929 save percentage over three seasons from 2011-2014, but his save percentage has dipped since, with the 30-year-old posting a .915 mark in each of the past two years - his lowest marks since becoming a full-time member of the Bruins in 2009.

With three more seasons remaining on his contract after this one at a $7 million cap hit, Haggerty believes the Bruins will have to give Rask plenty of starts to allow him to boost his value. He also believes that neither Khudobin (who has made three straight starts for the Bruins) nor AHL goaltender Zane McIntyre are the long-term answer and the team must work to acquire someone who is.

The Bruins lost goaltender Malcolm Subban to the Vegas Golden Knights earlier this season and TSN Hockey Insider Bob McKenzie reported when Subban was claimed off waivers that Vegas saw him as their potential long-term answer.

Adam Henrique has moved from centre to the wing in the New Jersey Devils lineup this season and has posted just one goal in his past 11 games.

Despite his dip in production, Chris Ryan of NJ.com does not believe the Devils will be moving Henrique anytime soon.

Ryan argues the Devils still value Henrique, who scored 30 goals in 2015-16, highly and he remains a key player on special teams.

Henrique has been moved to left wing this season, while first overall pick Nico Hischier centres the team's second line with Brian Gibbons at right wing. Ryan pointed to Jon Hynes' Sunday night comments about Henrique of evidence of how the team views the 27-year-old.

"If you take the month of October, Adam’s a guy, when he’s playing his best hockey, he can help drive your team," Hynes said. "He’s on the puck, creating chances, he’s a threat to play against, he’s skating and moving his feet. When he does that, he’s an excellent, excellent player, and we’d like to see a little bit more of that."

Henrique has four goals and 13 points in 21 games. He scored 20 goals and posted 40 points in 82 games last season and is signed through next season at a cap hit of $4 million, per CapFriendly.

It was reported earlier this week that multiple teams had interest in Vancouver Canucks defenceman Erik Gudbranson, should he become available on the trade market.

Gudbranson's value, at least for the minute, likely dipped Wednesday as he left his team's game against the Pittsburgh Penguins with an upper-body injury and did not return.

The 25-year-old logged 9:46 of ice time against the Penguins before exiting.