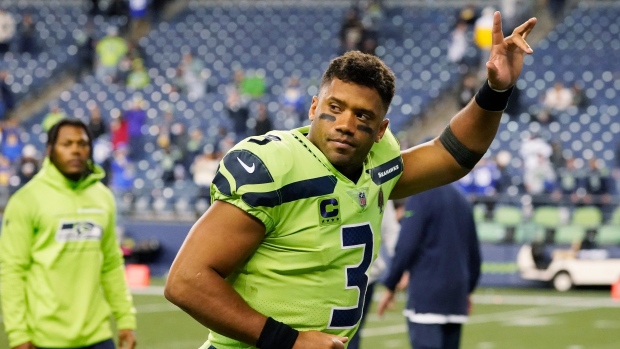 Seattle Seahawks quarterback Russell Wilson served as an executive producer on the upcoming football drama "National Champions,” which comes out next month.

The film is centered around a star college quarterback, LeMarcus James (portrayed by Stephan James), who sparks a player protest to fight for compensation and equality for student-athletes hours before the national championship game is set to be played. J.K. Simmons and Alexander Ludwig also star in the film, while Wilson is set to make a cameo appearance.

To change the game, you have to risk everything. Stephan James, J.K. Simmons, and Uzo Aduba star in the new #NationalChampionsMovie trailer. Only in theaters December 10th. pic.twitter.com/TctM1Gf2st

Ric Roman Waugh, who is credited on films including “Shot Caller” and “Angel Has Fallen,” is the director for “National Champions." The film has been adapted from a stage play made by Adam Mervis who also wrote the film’s script.

“National Champions” will be released in theatres in North America on December 10.