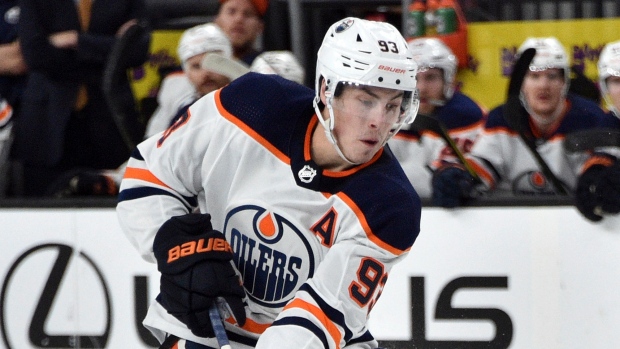 Edmonton Oilers forward Ryan Nugent-Hopkins will miss at least one more game because of a hand injury, the team announced Sunday.

Ryan Nugent-Hopkins will miss tonight's #Oilers vs. Coyotes matchup due to a hand injury. He's expected to be out at least two games. pic.twitter.com/8wGNj7vhpD

Prior to the Oilers' 4-2 win over the Arizona Coyotes Sunday night, the team said he would miss at least two more games, meaning he is expected to be out for Wednesday's contest with the Avalanche after missing Sunday's victory. The team did not disclose how the injury occurred.

Edmonton heads into play Monday at 16-7-3, good for first place in the Pacific Division.