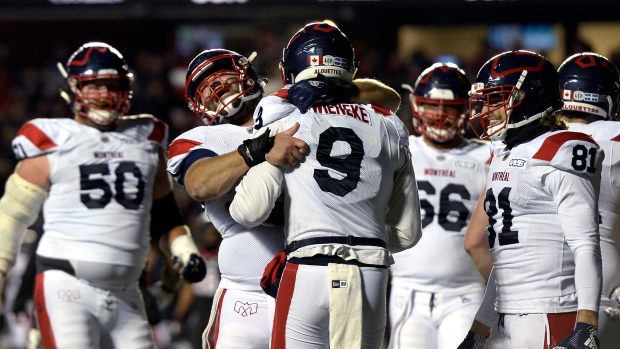 The Montreal Alouettes have some more work to do looking for their next general manager.

Being told that Ryan Rigmaiden has turned down the #Alouettes offer to become their next GM. Too many red flags. Will remain with #Bombers@CFLonTSN @TSN_Sports @SportsCentre @DidierRDS @TSNDaveNaylor @tsn690

Despite being offered the job this week, TSN's Farhan Lalji reports Winnipeg Blue Bombers director of college scouting Ryan Rigmaiden has turned down the Als' GM job offer and will instead remain with the Bombers. Lalji notes Rigmaiden saw too many red flags with the position.

Eric Tillman, Jim Popp, Brendan Taman, Geroy Simon, Danny Maciocia and David Turner are all possible names that could get circled back into the mix for the job, reports Lalji.

Other names that could get circled back into the mix for #MtlAls:
- Eric Tillman
- Jim Popp
- Brendan Taman
- Geroy Simon
- Danny Maciocia
- David Turner@CFLonTSN

Lalji reported earleir in the week that Danny McManus, who serves as the Blue Bombers director of U.S. scouting, was no longer in the mix for the position. Lalji also previously reported that Shawn Burke of the Hamilton Tiger-Cats withdrew his name from consideration.

The Als finished at 10-8 last season, good for second place in the East Division.