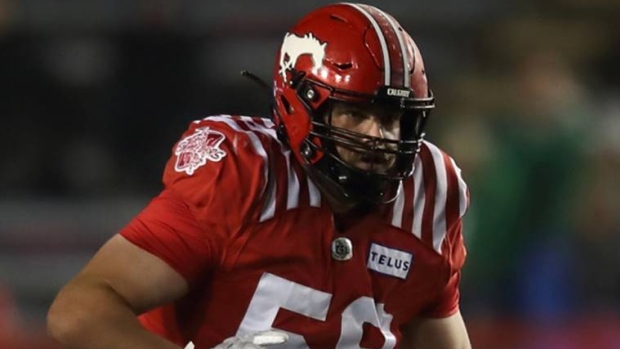 He was originally scheduled to become a free agent next month before the announcement of Thursday's deal, which will take him through 2023.

Sceviour played in 11 games last season for a Calgary offensive line allowed the second fewest sacks in the league and paved the way for Ka'Deem Carey, who led all CFL running backs in rushing and rushing touchdowns.

“Signing Ryan is another important step in solidifying our offensive line,” said Stampeders president and general manager John Hufnagel in a news release. “Ryan has made steady progress over the course of his three seasons with the Stampeders and I look forward to seeing him further develop his game in the next few seasons.”

“I’m really happy to be staying home for two more years,” said Sceviour in the same release. “We have a great group of guys on the offensive line and I’m looking forward to getting back to work with them, with the goal of bringing a championship to Calgary.”

The 26-year-old Calgary native is set to enter his fourth season with the Stampeders after playing collegiately at the University of Calgary.