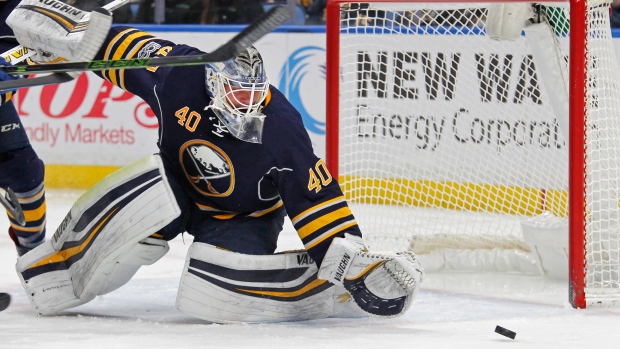 The struggling Buffalo Sabres are receiving calls on the availibilty of their goaltenders, according to TSN Hockey Insider Darren Dreger.

Dreger reports teams to inquire about both Chard Johnson and Robin Lehner, who have combined for a 6-17-4 record this season.

The Pittsburgh Penguins are believed to be among the teams in the market for a veteran backup option, along with the Edmonton Oilers.

Johnson, who spent last season with the Calgary Flames, has struggled in 11 appearences, posting a 1-5-2 record with a 3.64 goals against average and a .883 save percentage.

The Sabres sit last in the NHL with 16 points this season.