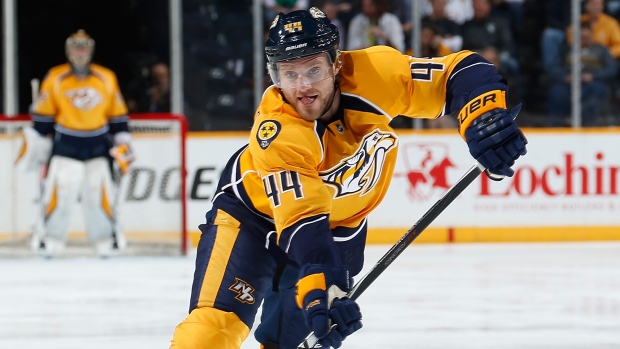 Free-agent defenceman Cody Franson signed a two-year contract worth $6.65 million with the Buffalo Sabres on Thursday.

The 28-year-old was selected in the third round, 79th overall by the Predators in the 2005 NHL Entry Draft and spent parts of two seasons with them before being dealt to the Maple Leafs.

After parts of four seasons with the Leafs he was shipped back to Nashville where he appeared in 23 more games before becoming an unrestricted free-agent.