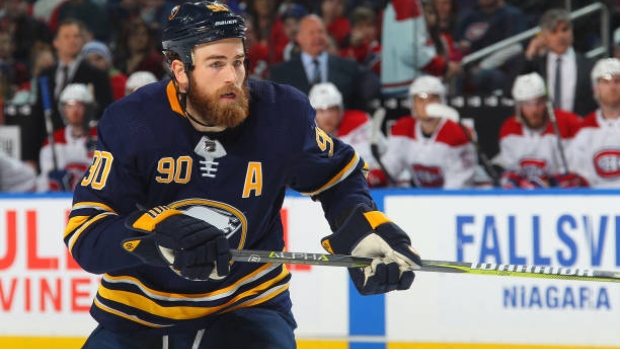 The Buffalo Sabres had considerable trade talk on centre Ryan O'Reilly during the draft, according to TSN Hockey Insider Bob McKenzie, but are expected to leave the draft in Dallas without a deal done.

BUF had considerable trade talk on Ryan O’Reilly at draft but expects to leave today without a deal done. STL, MTL amongst the interested. Big signing bonus due ROR on July 1. If not traded before July 1, ROR more likely to be in BUF to start the season.

McKenzie mentioned the St. Louis Blues and Montreal Canadiens amongst the teams interested in O'Reilly.

The 27-year-old O'Reilly has a big roster bonus due on July 1 so if he's still with the Sabres at that time, it would then become more likely that O'Reilly starts the season with the team.

O’Reilly had one of the strongest seasons of his career last season, scoring 24 goals and adding 37 assists to reach the 60-point plateau for the third time in his career.

Despite a strong individual season from the 27-year-old centre, the Sabres struggled, finishing at 25-45-12 for an NHL-low 62 points. It marked the seventh year in a row that the Sabres have missed the playoffs.

O’Reilly has spent the last three seasons in Buffalo after coming over in a deal with the Colorado Avalanche along with forward Jamie McGinn in exchange for forwards J.T. Compher and Mikhail Grigorenko, defenceman Nikita Zadorov and a 2015 second-round pick.

He was selected with the 33rd overall pick in the second round of the 2009 NHL Entry Draft.