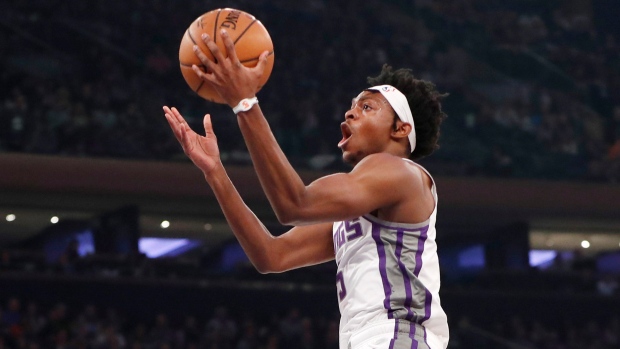 The third-year guard out of Kentucky will be re-evaluated in three weeks for the Grade 3 sprain he suffered after a teammate stepped on his ankle, according to ESPN's Zach Lowe.

A teammate stepped on Fox's foot during practice, sources say.

Through nine games this season, Fox has led the Kings with 18.2 points per game while contributing 7.0 assists, and 4.0 rebounds in 32 minutes per game.