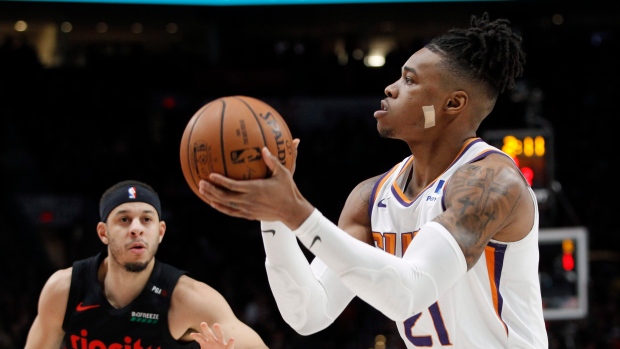 General manager Vlade Divac announced the deal to add depth to his frontcourt on Tuesday. The Athletic reported Holmes will be paid $10 million over two seasons in Sacramento.

Holmes averaged 8.2 points, 4.7 rebounds and 1.1 blocked shots per game last season for Phoenix. He also shot 60.8% from the field.

Holmes has played four seasons with Philadelphia and the Suns. He has a career average of 7.7 points per game.