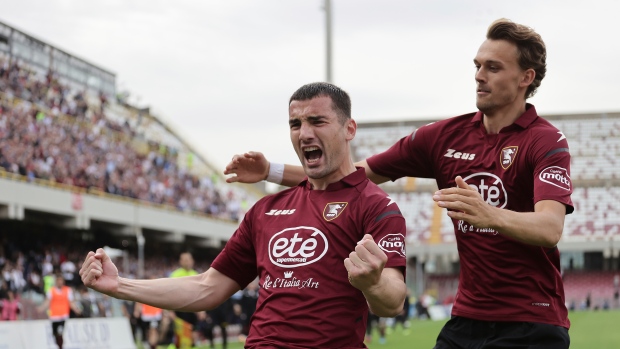 ROME (AP) — After spending virtually the entire season in the relegation zone, Salernitana reached the safety spots with a 2-1 win over Venezia in Serie A on Thursday.

Salernitana moved up to 17th place, one point ahead of Cagliari. Venezia remained last and dropped seven points behind Salernitana with three matches remaining -- virtually ensuring it will be relegated.

Salernitana has won four of its last five matches and is on a five-game unbeaten run.

The match was postponed from January when there was a coronavirus outbreak within Salernitana’s team.