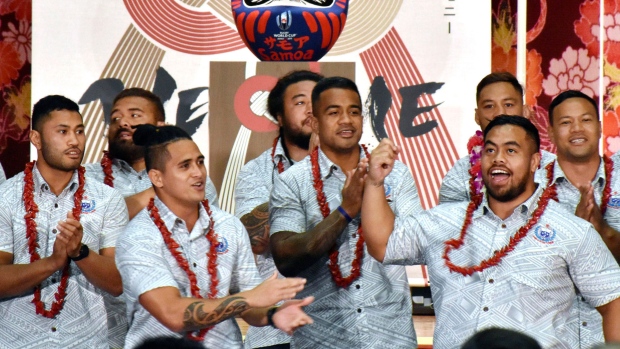 KUMAGAYA, Japan — Samoa made five changes to the run-on side which lost to Australia 34-15 two weeks ago for its Rugby World Cup opening match against Russia on Tuesday in Kumagaya.

Russia named a squad unchanged from the 30-10 loss to Japan in the tournament opener.

Polataivao has never won a game for Samoa outside of the Samoa capital, Apia.

Captain Vasily Artemyev, center Vladimir Ostroushko, and reserve forward Andrey Garbuzov are the only players to have appeared in all of Russia’s previous five World Cup matches, dating to 2011.