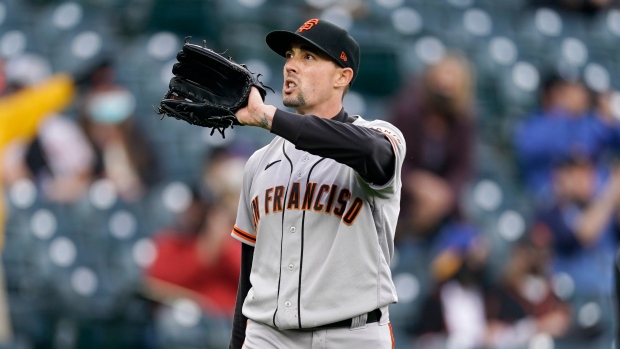 The San Francisco Giants are placing right-hander Aaron Sanchez on the 10-day injured list because of right bicep tightness.

RHP Aaron Sanchez placed on the 10-day Injured List (retroactive to May 5) with right biceps tightness.

The club announces the move is retroactive to May 5. Kevin Gausman has also been reinstated from the IL.

Sanchez last pitched on Tuesday, allowing four runs to the Colorado Rockies in four innings of work. The 28-year-old has been pitching well for the Giants this season with a 3.18 ERA over six starts.

Sanchez was traded from the Blue Jays to the Houston Astros at the trade deadline in 2019 after spending the first six seasons of his career with Toronto. He did not pitch in the majors last year and signed a one-year with the Giants this past off-season.