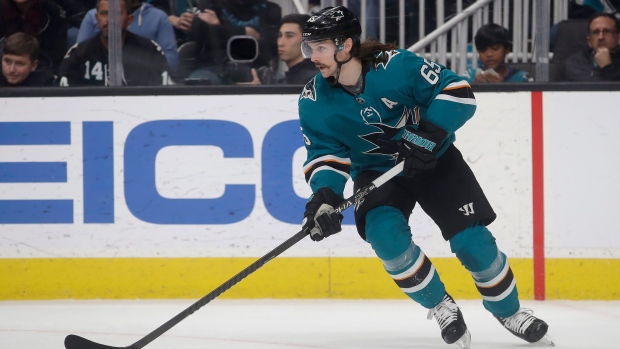 San Jose Sharks general manager Doug Wilson told The Athletic's Kevin Kurz that Tomas Hertl and Erik Karlsson are ahead of schedule in their recovery and should be fine for the start of next season.

Doug Wilson says Tomas Hertl (knee surgery) is ahead of schedule in his recovery, should be fine for start of next season. Same for Erik Karlsson (thumb)

Hertl had knee surgery earlier this year to repair a torn ACL and MCL, while Karlsson was ruled out for the season with a broken thumb in mid-February prior to the NHL's pausing of their season.

Meanwhile, Wilson told Kurz the review process on the season is not yet complete with regards to head coach Bob Boughner's status. But Wilson did add he believes there were some positive signs from the team in the second half of the season.

Regarding Bob Boughner’s status, Wilson says the review process on the season is not yet complete. Still, the GM praises the team for what he believes were some positive signs in the second half

Boughner took over from Peter DeBoer, who was fired by the team in mid-December.

Prior to the NHL's season suspension, the Sharks sat last in the Pacific Division at 29-36-5.